Which Island is He From? Native New Yorker Opens up 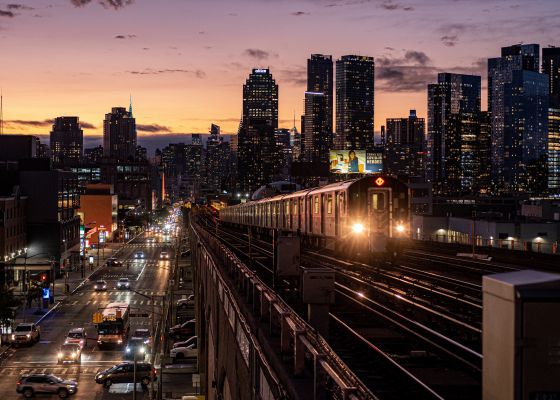 How does a woman know whether a guy is from Manhattan or Long Island? One woman breaks down the two breeds and tells us why the two islands are miles a part when it comes to style and vibe.

Whether I’m walking in Midtown, riding the A-Train, or eating in Union Square, I am always paying attention to my surroundings. I’m wondering about the stories behind the people next to me. It’s a silly little game I play in my head- a way of keeping myself entertained.

How old is he? What kind of job does he have? Is he single? And then there is my best thought ever: Is he a City guy or does he live on the Island? (The other island – Long Island).

I try not to be a total creep with my game but here’s how it goes. I quietly look the guy up-and-down without making eye contact. I skim for clues based on his fashion and accessories. I finish my game by guessing where he lives, which is based on his fashion choices and the vibe he gives off. I think I’m getting pretty good at this game now.

Everyone assumes guys from Long Island are all orange from their fake tans. Reality TV only reinforces the worst. As a woman who lives on Long Island, let me tell you it is not like that.

The typical Long Island man is about simple and effortless fashion. Think plain t-shirt, jeans, and a “fresh” pair of kicks. That’s the first give-away that he lives on Long Island – his shoes. What’s with this fascination for sneakers?

I’m not knocking a fresh pair of kicks but to wait online at 5am on a Saturday for a $300 pair of sneakers when you probably have 15 other pairs in your closet still in a box? I’ll never understand that.

You won’t ever see that with a City guy. The City guy doesn’t own a pair of Air Force Ones or Jordans. He’s wearing casual dress shoes out on a Saturday night. He’s also wearing a blazer and jeans. It’s a relaxed look with a hint of dressiness thrown into the mix. The only guys on Long Island wearing blazers are men pushing 50.

Accessories are another dead giveaway on where a guy is from. The City guy is a little more subtle with his bling. You won’t see him wearing a diamond Jesus piece, like you might see on the Island. The City “bling” consists of a simple Rolex, Tag or Breitling. It’s flashy enough for the average person to pick up, but quiet enough to not notice unless you’re looking for it.

Most Long Island women have a penchant for designer labels- Gucci, Louis Vuitton. Unfortunately, so do Long Island men. I don’t mind if a guy pulls out a nice Gucci or Louis wallet, but when a man is walking around with a Gucci hat, scarf, and belt – it’s a little too much. The hot trend on Long Island right now is to be all “Gucci’d up.” You’ll never see this inside a hot Manhattan restaurant, bar, or club packed with locals.

But the biggest difference between a City guy and the Island guy is “drive.” This is what I call the “vibe he gives off.” Manhattan men pound the pavement, but more so in the sense of accomplishment. There seems to be a purpose to their step. And I get it. Manhattan is a competitive place to work and live. Men here know they must embrace the sink or swim mentality or they will be sent home.

Long Island guys lack this sink or swim mentality. They’re complacent. Maybe it’s that familiarity in the back of their head that reassures them, it’s okay if they fail. They’re already at the place where they will be sent to if they don’t make it. Maybe that’s why they’re not as driven.

Next time you want to entertain yourself, try playing my game. It’s very entertaining to watch when these two worlds collide, especially when a pretty girl is sitting in front of both of them.

Click here to find out if that woman is really into you.