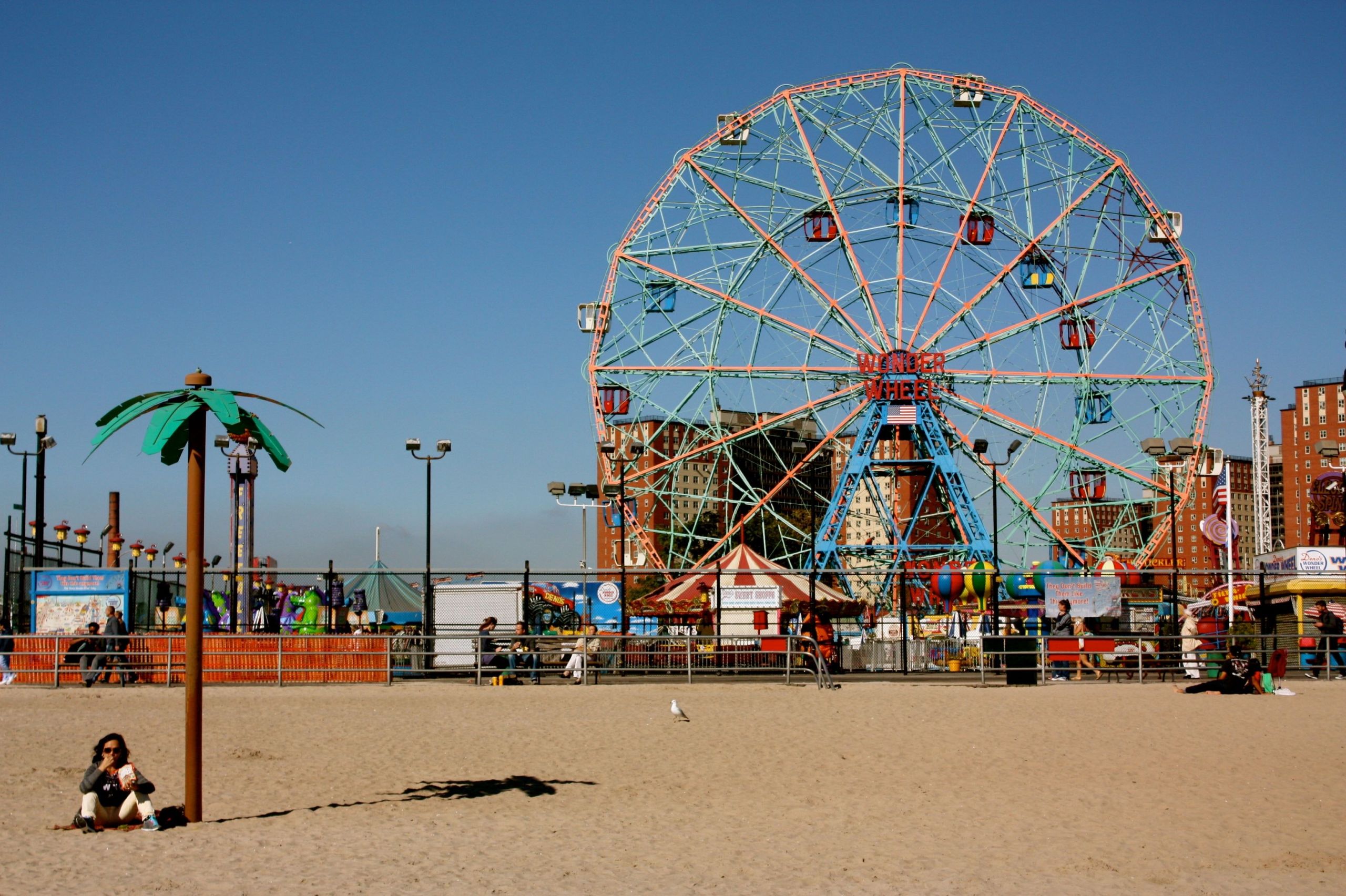 You don’t have to go to the Hamptons to experience great beaches. New York City has many great beach options, so you don’t need to sit in hours of traffic trying to get out to the Hamptons or Jersey Shore in order to have a relaxing experience on the sand, and you can even take the subway!

There are several subway-accessible beaches close to Brooklyn that provide great opportunities to beat the heat. While Staten Island has the most beaches, Brooklyn probably has the most notorious beaches. Here’s a closer look at the beaches for your next weekend getaway.

If Coney Island is a little too crowded, or family friendly, for your tastes, fret not, because there’s another, more relaxed beach that provides an amazing opportunity for cultural learning as well. Brighton Beach, which borders Coney Island to the east, is a similar, but less crowded, patch of sand and water.

Brighton Beach does not have a boardwalk, instead hosting one of the largest and most vibrant Eastern European immigrant communities in the country. Known as “Little Odessa,” Brighton Beach is notable for its massive population of Russians and Ukranians. Off the sand, there are plenty of Eastern European bars and restaurants that can offer a unique cultural experience, as the neighborhood is one of the few places in the country where many businesses have their signs and facades in Cyrillic script.

The B and Q trains both run to Brighton Beach Avenue, which is the closest subway station.

There is a quieter, more family-friendly beach option in Brooklyn as well to counter the hustle and bustle of Coney Island and Brighton. Manhattan Beach is a smaller piece of shore than Brighton or Coney Island, but its layout and location make it perfect for a day that is to be spent mostly doing activities in the sun.

There is ample space for picnicking and barbecuing, and the beach also has several sport courts and playgrounds, so there’s enough to keep the entire family busy outside all day. While it lacks the boardwalk or vibrant neighborhood that the previous beaches have, its relative quietness can make for a very relaxing beach experience.

Manhattan Beach is about a 20 minute walk from the Sheepshead Bay station on the B line.

If neither of those three Brooklyn beaches are your speed, hop on a train to Queens to experience the biggest urban beach in the country. Rockaway Beach, which spans nearly 150 blocks in the eponymous Queens neighborhood, is big enough that it provides ample space for visitors and can feel more like a beach on Long Island or in New Jersey. It is also the city’s only sanctioned surfing beach, so you can catch some waves or watch the surfers if that’s more your speed. Lifeguards are on duty between 10am and 6pm.

The neighborhood that surrounds the beach is notable for its Irish heritage, with the Rockaways once being known as the “Irish Riviera.” The easiest way to access the Rockaways is via the ferry, which depending on where in Brooklyn you are coming from could have you board at either Pier 11 Wall Street or Brooklyn Army Terminal in Sunset Park.

The famed Coney Island occupies the southwestern tip of Brooklyn. The beach, while only three miles long, is staffed by lifeguards from 10am-6pm, so swimming and enjoying the sand are always an option.

However, Coney Island has garnered worldwide attention for its famous Riegelmann Boardwalk, which is rife with games and food, including the original location of Nathan’s Famous Hot Dogs. You can enjoy a hot dog while you walk down the boardwalk, and Luna Park is right there as well if a ride on the iconic Brooklyn Cyclone is more your speed.

Coney Island is easily accessible by subway, as the D, Q, F, and N trains all run to the Coney Island-Stillwell Ave station.