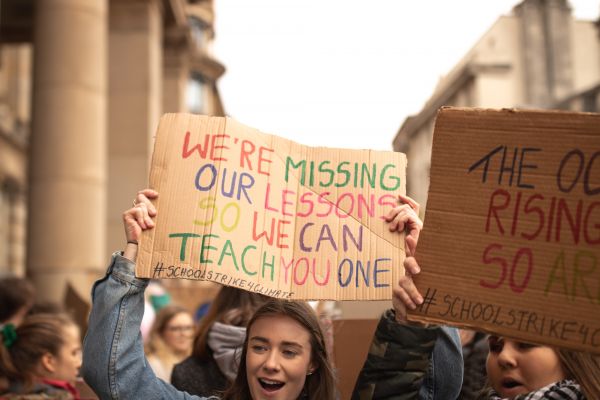 Brooklyn Chatter has released a new survey that suggests Generation Z doesn’t want to work remotely once the pandemic ends, preferring instead to split their time between an office and remote location. And in a more shocking discovery, only 2 percent say they want to continue working remotely full-time after the pandemic ends.

The online survey was conducted by the New York PR agency, MACIAS PR, from March 18 to 29th, and involved 2,240 Americans, ages 18 to 24. Survey participants answered online questions spread across partnered news sites and popular Gen. Z member groups, including Her Campus, Gals in Journalism and the Young Journalist Community.

When it comes to where the younger generation wants to live, don’t look for them in the suburbs. An overwhelming 65 percent of those surveyed say they want to live and work in a big city like New York, Boston, or LA over the next 2-3 years. Only 10 percent said they want to “leave the grid” and move to a small town; 12 percent said they would like to move back home. Another 12 percent say they see themselves living in another country.

The editor, Jazmyn Gray, said they wanted to get a closer look at how this generation views work, wealth, social media, and life outside of work.

Mark Macias, founder of MACIAS PR and survey pollster, said the research gives us a deeper look at how the younger generation is shaping the future of work.

“Most behavioral scientists and pollsters are focusing their research on Millennials,” said Macias. “And for good reason, Millennials are the largest consumer market. But Gen. Z is going to disrupt the consumer market and workforce in a much more powerful way. Every business will have to learn how to sell to them. And they’re a trickier group to influence, especially since they’re going to become the most educated group in history.”

When it comes to wealth, 47 percent of survey participants believe the current system prevents their generation from achieving wealth; 27 percent believe that if a person works hard, he/she can achieve anything; 25 percent want to replace capitalism.

“This social media trend reinforces how Generation Z is disrupting the way brands reach consumers,” said Macias. “Consumers are more fragmented today – and this behavioral trend is only going to become more pronounced as Gen Z gets older. The good news – we have 5 years to figure out this generation before they overtake Millennials with consumer market share. Of course, knowing Gen. Z, they’ll probably figure out a way to make it happen sooner with a new innovation.”

MACIAS PR is a boutique public relations agency located in New York City. The PR firm focuses on tech, consumer and healthcare industries. The PR agency also conducts consumer surveys and scientific political polls that have margins of errors as small as +/-3 percent.

Brooklyn Chatter is your urban guidebook to the City lifestyle. It’s sophisticated content for social climbers. It includes original news articles, honest confessions and advice columns from real New Yorkers. The forward-thinking content is relatable to everyone, regardless of where they live.