Bartender Reveals How to Tell if Woman is into You 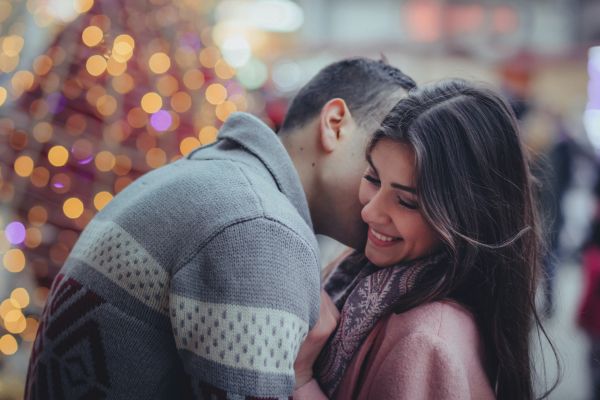 Dating is a guessing game in New York City and as a single woman, I can tell you we all look for signals or signs that will tell us whether the guy is into us. With women, it’s a lot easier to tell if she is into you, especially if you pay attention. It’s all about looking into our eyes and watching our actions.

Here is a more detailed list to help you know if the woman across the bar or the gal sitting next to you at dinner is into you. It’s the million dollar question with a simple answer.

Even though we tell ourselves not to make ourselves too available, we always end up clearing our schedule when we are into a guy.

When we really like you, we will cancel plans, reschedule dinners, and miss out on our spin class. You may think we don’t have a life, but we’re just working it around you.

She has a nervous energy

When a woman really likes you, she will be nervous around you. Sure, she may take her time answering a text or replying to your comment at dinner, but that is not because she is NOT into you. She’s not being standoffish; she’s likely afraid to say or do the wrong thing in front of you. Basically she’s walking on pins and needles when she’s around you, especially in the early stages.

She smiles ear to ear

Does she smile the instant you open your mouth? Does she laugh at your dumb jokes? For some reason when we’re into a guy the sound of his voice just makes us perk up and smile. So if she’s sitting there like a robot, you know she’s just not that into you. If she thinks a story on Darth Vader is funny, you have a really big fan in front of you.

When you’re out together and someone asks if you’re dating or makes a comment about anything that pertains to a “relationship” is she the first to say “No”?

It doesn’t mean she is against it, it means we know how the words boyfriend and girlfriend can scare you off.  By showing you we aren’t even thinking it will hopefully make you think about it.

She’s being a prude

As much as you want to sleep with her, the longer she holds out on you the better. It’s not that we don’t want to, of course we do, it’s that we actually have feelings for you. We want you to get to know us for what’s in our head and not for what’s in our pants. If she kisses you and she’s into it but doesn’t want to sleep with you, don’t assume she is not into you. It might be the exact opposite.

She spreads her wings

You’re introducing her to your friends and she has transformed into a social butterfly. A girl rule for dating is you have to get the friend’s approval. She will be the sweetest girl around them, especially if your friends are female. She will also rave to you about your own friends, so you will feel comfortable about inviting her when you’re with them. If you learn that she has told her friends about you, it’s a good sign.

Men usually don’t need to be told they look good; you do enough self promoting. However, is she quick to compliment you, your actions or even your choices? If she likes you, she will be your cheering squad. Even if we just rave about the restaurant you took us to, it’s the same as us complimenting you since you picked it.

When we’re into you we want to know everything about you. From your first dog to your favorite food to your first kiss. The more creative the question, the more she’s into you.

You can tell a lot just by watching her. A woman will give you signals without even opening her mouth. For instance, if she leans towards you when she’s talking or if she twirls her hair while listening, odds are she is into you. Even if we tell ourselves to not let you know, our body has a mind of its own. We are women of complexity.

We want to feel and touch you

When we can’t keep our hands to ourselves you know we are into you. Whether it be a stroke of a hand or a simple pat on the back. We just have a need to touch you. So if she’s a little grabby don’t gripe, it’s a good sign.