How to Know if He’s Really into You 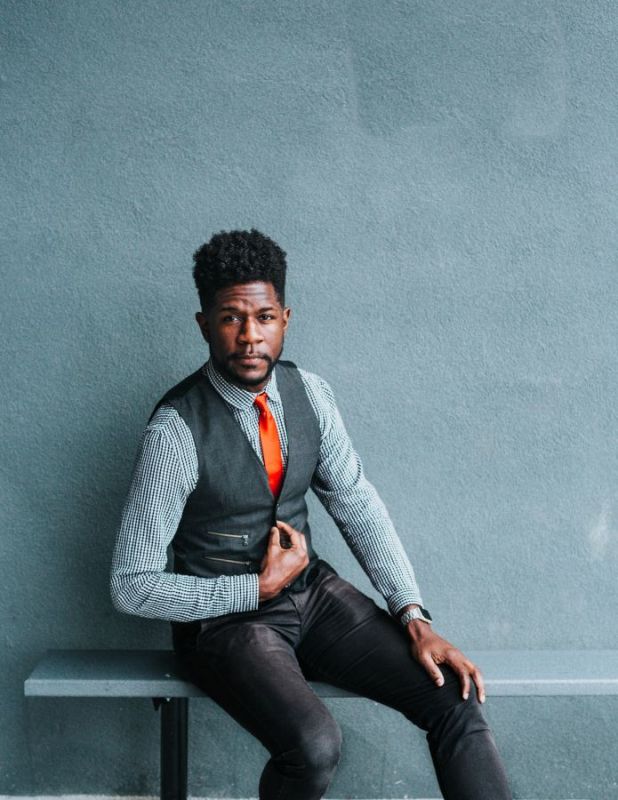 Women in Brooklyn frequently tell me that guys are complicated. They say guys in the City don’t want to commit and they’re harder than men in other cities.

Actually, guys are pretty easy to read and it doesn’t matter if he lives in LA, Chicago or New York.

If you want to understand men, try reading at a first-grade level. So if you’re trying to figure out if a guy is into you, you are probably over-thinking it. You need to lower your thought level if you want to get into a guy’s mind. We aren’t intuitive and complex like women.

Here is the playbook with insight from 3-NYC guys. The Top-10 ways to know if a guy is into you.

He spends money on you.

It’s not that NYC guys are cheap but most guys (not me of course) look at women as property and investment. Dating in NYC is expensive. If we’re not really into you, we’re not going to want to spend a lot of money on you because we are going to need it for the next girl. We don’t have an unlimited banking account, even if we are in banking. But it all changes when we meet a girl that we really like. We don’t mind spending money on her because we want her to like us as much as we like her. If a guy opens up his wallet and buys you something without you asking, it’s a pretty good sign he likes you. One more tip – this does not mean that if a guy DOESN’T spend money on you, he DOESN’T like you. There is a chance that your guy is plain broke. If that is the case, then this rule doesn’t apply.

He rearranges his schedule for you.

Time is a commodity in New York City. We work hard so our free time is precious. If a guy rearranges his schedule for you, trust us, he likes you. We all agree on that. If we have plans and we move it around for you, don’t screw it up. Does this mean if a guy DOESN’T move around his schedule he is NOT into you? Nope, this rule has a variable. There is a chance that his commitment is something he can’t break. If that is the case, then this rule doesn’t apply.

He gives you Friday or Saturday night or better yet, both nights.

Friday and Saturday nights are big nights for everyone. If a guy asks you out on a Friday or Saturday night, he likes you. He may not know you yet, but if he volunteers a Friday night, then you can safely assume that he is into you. However, this rule DOESN’T apply if the guy is new to NYC. If he moved to NYC within 12 months, there is a chance he doesn’t have any friends yet and a Friday or Saturday night is no different than a Monday night. He just wants to get out. If he’s new to NYC, this rule doesn’t apply.

He asks questions about you.

We get guys. Not all guys communicate equally, so don’t start harping on the guy if he is quiet or wants to just watch football. But generally, if a guy asks you questions about you as a person, he wants to know you. Guys wouldn’t ask deep questions about your life if he doesn’t want to know more. Even the most communicative guys don’t care about your day or doings, if they aren’t into you.

He wants to meet your friends.

If he wants to meet your friends, then he is really into you. This suggests that he wants to get into your inner circle. When guys really like girls, we want to become involved with them. So if he asks to meet your friends, then you can safely assume, he likes you. HOWEVER, this rule DOESN’T apply if you have HOT friends. If he asks to go dancing and drinking with you and your hot friends, and he starts grinding up with your bff, you can safely assume he is using you to get down her pants.

He introduces you to his friends.

This is another good sign. If he wants you to meet his friends, then he likes you. Guys like guy time because it lets us ogle women without the threat of getting caught. Guys can talk about girls in a dirty sexual demeaning way when girls aren’t around, so if he asks you to hang with his friends, you bet he likes you. HOWEVER, this rule doesn’t apply if he sits you next to his dork friend and asks you if you like him. Or if he introduces you to any guy and leaves you to talk to other girls, then you can very SAFELY assume that you are along for the ride.

He tells you about his problems.

Most guys don’t open up to women or men about their problems, so if your guy tells you about his problems at work, then you are in his safe zone. It’s even better when he asks you for advice because it means he values your opinion. HOWEVER, this rule DOESN’T apply if he asks you to solve the problem with money. If any guy asks you for money to fix his problem, you can take it to Vegas that you will not last another season.

He goes out of his way to get something for you.

Does your guy get you water in the middle of the night? He doesn’t? It’s okay, it doesn’t mean anything. It just means we are tired like you and we don’t want to get up. BUT if he does get up and grabs your purse during the day or does another thoughtful gesture, then he probably likes you. HOWEVER this rule doesn’t apply in the middle of the night when we are sleeping. If the guy ignores your pleas for water, it could mean he doesn’t want to get up. And if he does get up and grabs you water without asking, this rule DOESN’T apply if he is sleep walking.

He calls you from the grocery store.

If your guy calls you from Trader Joes and asks you if you want cheese or grapes or your favorite food, then he is thinking of you. Anytime you are in his thoughts outside of the bedroom, is a good sign. HOWEVER, this rule DOESN’T apply if he calls you from the Trader Joes line. Have you seen those lines? Any guy can get bored standing in those lines, so if he calls you from the grocery store, ask him if he is in line. If he is line, this rule DOESN’T apply. If he is not in line, then he was genuinely thinking of you.

He wants you for sex.

A lot of women assume wrongly that all guys think about is sex. Some guys do but some guys actually prefer sports to sex. (These are usually the guys subscribed to Sports Illustrated instead of Maxim or Playboy). If your guy wants to have sex with you, then he is into you.

There you have it. Guys are simple creatures. Now, go figure out if your guy is into you. If you’re confused more now, just look him in the eyes and ask, “are you into me?” If he looks back into your eyes and says yes without a pause, then we would say he is into you. If he pauses or looks away or asks you a question in return, like “why are you asking that,” you should start to take a closer look at these rules. See, guys aren’t that difficult to read. When you break down the male species, guys are a lot like a game of Cheekybingo. You pick a number and some numbers may match with yours, while others may match with other women.