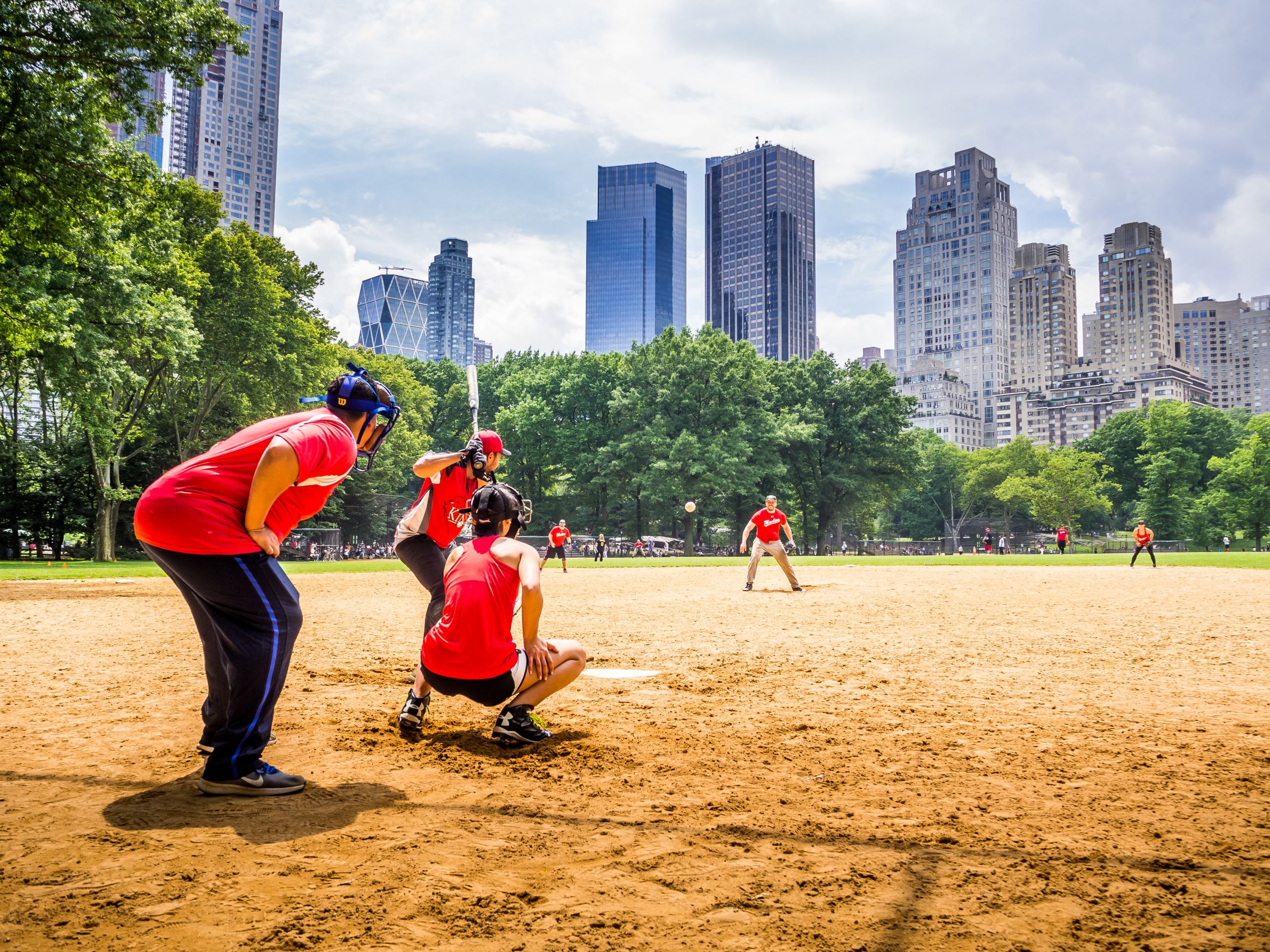 Do you want to meet new people outside of the bars? Head out to the field and become a player.

No – not that kind of player. A sports player.

Spring is the season when outdoor leagues are in their peak. New Yorkers sick of the cold suddenly head outdoors to mingle with strangers over softball, soccer, volleyball – and those “fake” sports, like dodgeball, wiffle ball and ultimate Frisbee.

There are dozens of sports leagues across the city, and don’t worry if you are not competitive or athletic. These games are usually geared around the social event, intended to eradicate loneliness by giving you other people to talk to while you relive the glory days of gym class in a game of dodge ball.

Here is a closer look at some of the larger sports leagues to get you off the couch and into the game this Spring.

They offer co-ed sports leagues in and around Manhattan in order to foster a community in a city where that can be really hard to do.  Established in 2004 this league operates year round to players of all experiences levels, over 10,000 members participate each year.

With a focus on socializing, multiple leagues offer sports like dodgeball, volleyball, soccer, inner-tube water polo, cornhole,  bowling, kickball, Ultimate Frisbee, flag football, basketball and broomball. So you’re sure to find something for every season! Additionally activities such as team trivia are also offered. Discounts are even available for both students and the unemployed.

Founded by Robert Herzog after 9/11, Zog is a social sports network that offers coed competition while combing athletic, social, and charitable opportunities.  Targeting young professionals the point is to make it easy for people to get together and play, both on as well as off the field. It is a perfect balance of fun and a chance to give something back. Leagues are offered in bowling, dodgeball, football, hockey, kickball, soccer, softball, volleyball, wiffle ball, and basketball. Happy hours are also organized so players can mingle after games.

At the start of the season, each team picks a charity to play for and if the team wins, Zog donates to their cause. So far more than 80,000 people have played and over a million dollars has been donated.

This one is like your typical social league but with some adjustments.  Operating for over four years now the goal is for individuals to meet their match, literally.  Co-ed teams are formed with single ready to mingle players from the same neighborhood and around the same age, half guys and half girls. It is a unique social experience where meeting new friends so you can make a connection is just as important as the sports themselves.  Though of course simply social leagues are also offered which are open to all.

This is a non-profit league open to non-profit workers in the city. Founded in 2010 to strengthen the non-profit community in New York and contribute back to the organizations players work for.  It’s a causal league that even offers 3 on 3 Co-Ed basketball.

The leagues offered strive to be a platform for collaboration between like-minded organizations, creating opportunities to share experiences and increase the impact and scope of an organization’s activities. It’s worth checking out if you’re in a non-profit!

This league offers year-round men’s and women’s basket, coed, men and women’s volleyball as well as open- play volleyball in Manhattan. It is semi-competitive that fielded over 2,500 teams last spring. Basketball seasons include eight games plus divisional playoffs while volleyball teams play 10 matches.

Even if you’re curious but not entirely sold you can always stop by an open-play night to meet the players and test out the waters before you commit.