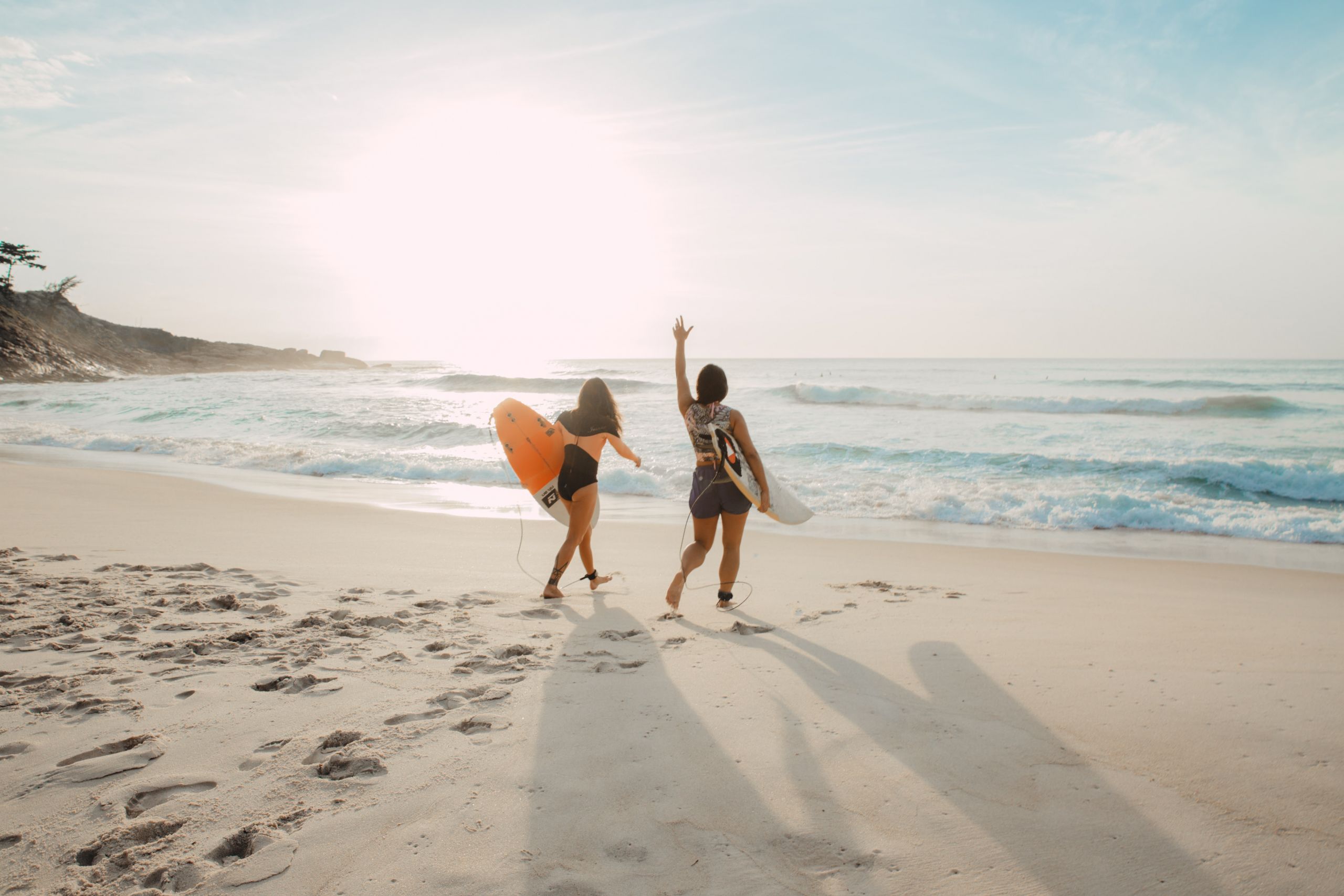 Now that everyone is ready to go on vacation and see the world again, where are the best places to visit this summer. This is especially the time to travel for singles looking to meet new people.

I don’t want to depress you, but when you look at the entire scope of your single days — assuming you get married by the age of 26 — you really only have a small window to enjoy the extremes of bachelorhood.

By the time the wedding bells start ringing, you will likely have had only five hot summer seasons to shamelessly pursue debauchery, assuming you get married at the average American age.

That means every summer becomes more weighted as you approach the final days of single life. This is why you must choose your summer party destinations with precision. Your summers are finite and you must make sure each party location leaves you with a memory to last a lifetime (or at least until the honeymoon).

There are a countless number of websites that will guide you to the best party spots around the globe but this list is written based on experience. Here is your first-person guide to the best global party spots.

Ibiza, Spain is listed in the Guinness Book of World Records as the “entertainment island of the world.” Any person or place that can gain entry into that distinguished book deserves to be recognized. And as any Ibiza partier will tell you, including this writer who visited the island in the summer of 2006, Ibiza is unlike any party place in the universe.

The beauty quotient was the first thing I noticed after I stepped off the small plane into the hot Ibiza sun. There was not one ugly person in sight, and I wasn’t even out of the airport terminal. It was like customs officials screened for good-looking people. I could imagine their selection process as they decided who was worthy of visiting their exclusive Mediterranean island.

“Sorry, Ma’am, you are a little too fat to enjoy our island. Lose a little weight and try again next year.”

I swear every person was gorgeous — men and women — and it only got better on the beach where girls from every nationality wore the skimpiest bikinis. Think back to high school. Remember those girls who always knew they were hot? The women in Ibiza are those girls who have only unleashed their inhibitions with age.

It’s hard to believe, but it only gets better in Ibiza as the sun goes down. The same models tanning on the beach are now liquored-up, dancing in short skirts to music you have never heard before in your life. The DJs in Ibiza are flown in from around the world — London, New York, Los Angeles and Dubai — and they are famous for finding and mixing music that will keep you moving on the dance floor all night.

At Club Amnesia, foam starts falling from the ceiling onto the dance floor at 5am. The foam can reach five-feet in height. It’s not a place for the prude-at-heart as men and women boldly feel the bodies of strangers underneath the foam. It’s an aphrodisiac, even though you can’t quite locate the root.

Is it the touch, alcohol, music, crowds, foam? Or maybe it was the drunk German girl who didn’t speak a word of English yet kissed a stranger without any introduction. It’s not a story. I saw it happen.

Mykonos is another Mediterranean Island that is known around the world for its party atmosphere. The crowds at the bars and nightclubs are usually of the college-age group, younger than the people you would meet in Ibiza, yet they are just as beautiful. The white sandy beaches encourage women to go topless, and it seems every woman wants to follow the crowd. She knows no one from home will see her, so why not show some skin she would be too shy to expose around friends.

The girls on the beaches of Mykonos usually sit in pairs, which means if you have a great wingman or are quick with the gab you can probably work your way into any conversation. The Greeks are known for their friendly disposition, and for whatever reason it seems to rub off on their foreign visitors because everyone wants to smile and chat for a little while. Everyone has time to talk to a tourist.

After Dark in Mykonos

When day turns to night on the island of Mykonos, most partiers pack into old, broken-down city buses that take them to the hottest outdoor beach nightclubs, appropriately called Paradise and Super Paradise. There is a human urge to bond on this island and the tight quarters inside of the buses only encourage people to pursue that fleshly urge. It doesn’t hurt that everyone on the bus is drunk, singing songs in foreign tongues.

Topping that, there are never enough seats on these buses, forcing most people to sit on strangers’ laps. If you can’t start a conversation with someone sitting on your lap on the way to a nightclub you might as well grab the passport and head home. Or you could drink some more and wait for the full-blown parties along the shore to flush your system with energy. You can wait all night because the music never stops before dawn.

When you leave the nightclubs at sunrise, it’s easy to get lost in the moment as you realize the island of Mykonos dates back to Greek mythology. It is said that Hercules and Poseidon had a hand in destroying the giants that opposed Zeus on a nearby island. But even if you don’t believe in Greek mythology, you can’t dismiss the fact that archeologists have discovered remnants of man walking the island as far back as 3000 BC. As I walked along the white sand and looked into the dark blue ocean, I couldn’t help but feel a spiritual presence surrounding the fragile island. It was a feeling more powerful than man, nature and even Zeus.

From the Mediterranean into the capital of Germany: Berlin is a city that hosts the biggest summer street parade in the world, fittingly called the Love Parade. More than a million people from all over the world flow into Berlin to revel in this annual love fest.

Pretty much everything goes at these summer parties, including the clothes. Exhibitionists take pride in expressing themselves with nature, while their more conservative counterparts frequently lose their inhibitions in anonymity. Visitors from every country attend this July parade for its endless opportunities of hedonistic entertainment and voyeurism. The city’s underground clubs and über-cool lounges can keep even the most shortened attention spans occupied. And just in case you want a morning beer after a hard night of partying, the city’s famous beer gardens will offer a choice of home-brewed lagers that can relieve most headaches.

Berliners are known for their laid back, anything-goes reputation. Tourists will tell you they are not always the friendliest group of people, but if you make an effort to experience their culture and practice any German words, you will find locals will be eager to talk to you. Just make sure you keep smiling. It will help set you apart from the old-school Berliners who can have a stiff upper lip.

It’s time to cross the Atlantic Ocean into North America.  Brooklyn is roughly a nine-hour flight from Berlin, but if you head to New York during the summer, skip the City and head straight to the Hamptons on Long Island. Southampton is the place where the rich flaunt their wealth and the beautiful flaunt their bodies. The crowded clubs are always laced with beautiful women wearing the sexiest clothes, dancing seductively to the trendiest of music. If you want to meet girls in Southampton, make sure you bring a fat wallet. It’s easy to drop $500 in just one night, but if you have a table at a club, you won’t need to worry about making the first move. The women will come to you.

A man with a vodka-stocked table will always find lady friends inside of these clubs. Sure, it’s the same in every city, but Southampton is unique because the women at your table will all be supermodels. It’s obvious the women will be using you for alcohol, but if they enjoy your company, you just might end up with more entertainment in return. You don’t need to say much in these situations. If you fit the rich label, wear it on your sleeve and you could find a trophy wife before the party is over.

Miami, Florida is the final, global party spot to visit before your wedding day. Many fashion shoots take place in South Beach, so the city is full of aspiring models. If you meet one, don’t be intimidated by her beauty. Take the time to talk to her and you might be pleasantly surprised with her response. International tourists can be found anywhere in South Beach, but it is the locals that will make you feel at home. From their exotic nightclubs to Latin-themed salsa bars, you will find every reason to shake your booty.

Most of the nightclubs on South Beach are all the same. They have beautiful women, wearing the sluttiest clothes, swinging to the best house dance music. But if your time is limited, make sure you experience Tantra after midnight. The lounge will awaken your sensual and materialistic desires. When you walk through the dark doors, the first thing you notice is the soft grass beneath your bare feet, followed by the sensual music that makes you feel both relaxed and sexual. Everyone is encouraged to take off their shoes, which is a precursor to losing other clothing items later in the evening.

There’s a reason why “summer fling” is a cliché. Anyone can slam a shot in the neighboring nightclub or local pub, but it takes an adventurous, daring soul to pursue his party passions outside of his comfort zone. For those who are willing to take, these five party spots will get you covered before you make the ultimate commitment to life.