Another Day at Starbucks for an Aspiring Writer 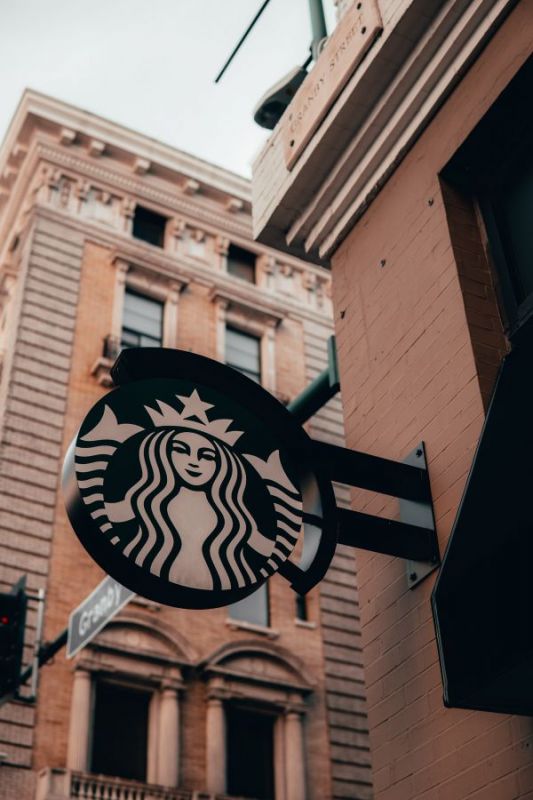 When he walked through the door, you couldn’t help but notice. Heads turned, fingers pointed, eyes followed him as he walked up to the counter and ordered a drink.

“I’ll have a tall coffee please,” he said.

He was in his early-forties with a slight receding hairline. He wore faded jeans, old sneakers and an oversized sweatshirt that had survived hundreds of washers and dryers. Nothing seemed peculiar about his look, but what he carried in his hand was completely out of place.

The friendly smiles behind the counter knew his familiar routine. It seemed harmless – even cute and funny– but now it was getting old. They knew in only a few minutes, everyone in this Starbucks coffee shop on Astor and Broadway would be annoyed.

As he grabbed his tall coffee and walked towards his familiar spot in the corner, everyone wondered if he planned to use what he held in his hands. You could almost hear their thoughts echoing off the walls.

“Do you think he’s actually going to use it?”

“I’m not sure, but why would he be carrying it?”

“It looks like he’s getting ready to use it.”

“He’s actually setting it up.”

The suspense was building, until the moment finally came.

No one said a word. Everyone openly gawked.

The man was actually using a typewriter.

In a time when everyone seems to have a laptop, even smart-phones, who even thought typewriters still existed? Apparently, this man never got the memo. He not only planned on using it, he was writing a novel. At least that’s what he told the entire coffee shop staff.

“What are you writing Sir?”

“I’m working on a novel,” he said proudly, pointing at his rusty typewriter that was probably first purchased in 1950. “I can’t tell you what it’s about, but this is going to be big. It’s going to make my career and I’m going to sell it.”

The friendly employee smiled, trying to hide her agitation. By this time, everyone had complained to the manager about the noise echoing throughout the Union Square coffee shop.

“That sound is annoying.”

“I can’t think with that noise.”

“We can’t talk over a typewriter.”

The manager was serving two Gods.

He knew the typewriter was annoying, but the man behind the loud thoughts was also a paying customer. He couldn’t tell him to stop typing. He would just wait patiently until he was done.

The manager should have known it was going to be a long day. The aspiring author had a 3-inch stack of blank paper sitting next to him, waiting to be called. And when his coffee ran dry, he got up and walked casually over to the counter, like nothing was out of the ordinary.

“Can I have a cup of water please?” he asked.

This went on for hours, sometimes through different work-shifts. He’d buy only one small cup of coffee, and drink water the rest of the day. Despite this, the staff remained friendly.

No one ever probed who he was or even why he insisted on using technology from another generation. You can buy a laptop for $500 now, and correct your mistakes instantly. Why would he want to use a typewriter that required whiteout?

These visits went on for months. It actually became a running joke with the staff.

“Could you imagine if he ever made it big?”

“How funny would that be?”

“I wish I knew what he was writing.”

To some of the more sensitive employees, the man became part of a deeper world packed with innocent dreams and grand ambitions. He remained disciplined and committed to his work, despite an uphill battle against the city’s true professional writers. He consistently lugged around his overweight typewriter, rain or shine, and pounded out his thoughts on paper.

Then one day, the music stopped.

He never announced his work’s completion, never even suggested he was nearly finished.

Just like the thousands of New Yorkers who enter and leave your path every day without notice, this aspiring writer walked out the door and never came back.

Every staff member inside the coffee shop wondered what happened to him and his work. Despite the wishful, fairy tale ending that he succeeded, everyone knew the realities.

No publisher would accept a novel written on a typewriter.

Maybe someone should have spoken up and told him. Maybe that would have silenced the echo chamber.

“Poor guy, you gotta give him credit for trying.”

If he’s out there somewhere, please stop by your favorite coffee shop on Broadway and Astor and say hello. Tell us your name. Tell us your story. Everyone is still wondering what happens to the main character at the end of your novel.

And yes, this is a true story. Only in New York.

1 comments on “Another Day at Starbucks for an Aspiring Writer”