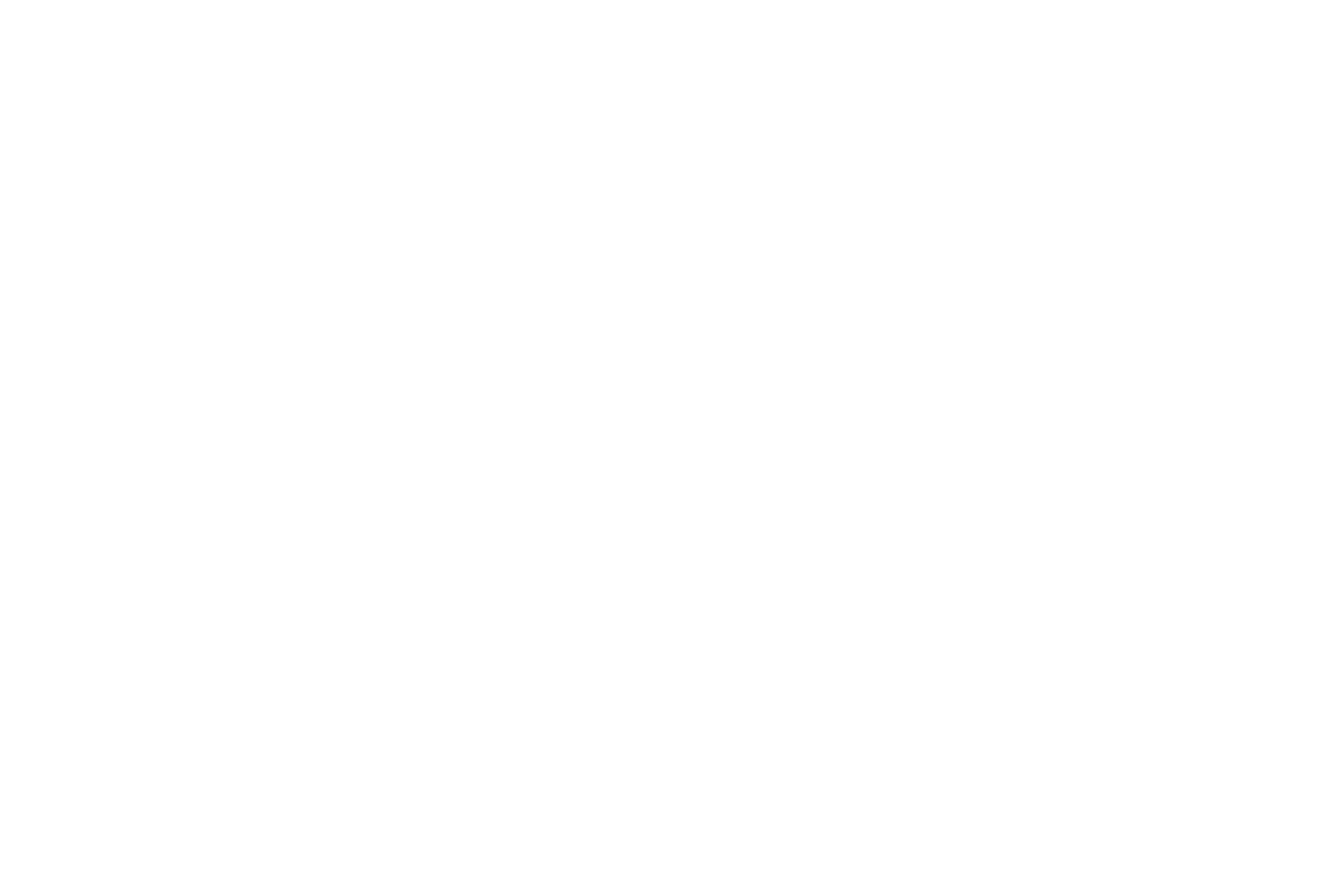 There aren’t any historical books to back this up, but you have to assume the roots of feminism were planted during the caveman era. I’m sure the men carried big, wooden sticks, and grunted while the women grunted back. She sat around the fire cooking, he hunted for animals.

Of course, this stereotype exists for a reason. As long as man can remember, he physically dominated women, and lusted after her physical presence.

But as men and women began to evolve, something changed. Women wanted to be seen as equals, viewed for their internal beauty, and admired for their strength. The roots of feminism were generally planted during the Enlightenment Era, but scholars agree feminism, as we know it today, was rooted in the West.

The first organized Women’s Rights Convention took place in Seneca Falls, New York in 1848, after a group of women came together and tried to change the laws so they could become equals with men.

It didn’t work, but they didn’t give up.

A century later, a new generation of women tried to change the rules again, and this time, they had proof for demanding equality.

After the First World War, an international labor shortage pulled women out of their kitchens and into traditionally male occupations, like manufacturing and mechanical work.

They excelled and kept the countries at war moving, and demanded equal pay for equal work, and a right to vote. Politicians agreed, it was time to give women the right to vote. But equal pay? It’s a battle still in progress. Still, the feminist movement was advancing—until December 1953, when a man named Hugh Hefner unveiled a new vision for how men should view women.

Playboy magazine was unwrapped that month and it showed women, “naked,” a word that was still whispered in the home. Movie star Marilyn Monroe was its centerfold, and with her sultry pose, she revealed to every curious man, all of her secret curves. It’s difficult to prove a relationship, but ironically, sales for fashion and cosmetics began to skyrocket at that same time, as women started paying more attention to their looks.

Today, magazines like Maxim and Stuff have redefined the men’s consumer market by putting scantily clad women on their covers, surrounded by captions like “Red Hot,” “Sexy,” and “Babe.” There is no nudity in these magazines, instead, words describe their physical “assets.” And in less than ten years, this new genre has turned this industry into an international media empire.

Andy Attal is subscribed to Maxim magazine. The 31-year-old single guy says he buys the magazine for its pop culture, but admits, the ladies in lace don’t hurt.

“I think the magazine is an overall commentary on pop culture,” he said. “As for the women, it’s telling me who are the up and coming stars. They’re almost the trend-setters. Maxim magazine has a way of identifying the stars before they’re big.”

The “Maxim” culture has become so accepted that women who appear in Maxim’s annual “Hot 100 List” get accolades by even the mainstream media.

But if you look closely through these magazines, none of them highlights a woman’s brain and intelligence.

And that irks Gwynn Cassidy, a self-described feminist.

“In our culture MTV, movies and celebrity-obsessed magazines are dictating what’s “hot” and, when you’re an adolescent, or college-aged, you take your cues from culture as to what you’re going to be valued for in society,” she said. “So, where does that leave us today? Young girls are emulating stars like Paris Hilton and Nicole Richie – both of whom have only seen any real success by publically demeaning themselves, flaunting their obscene consumerism and generally coming off as spoiled brats.”

So what did Gwynn do? She started her own list for women and called it the “Real Hot 100” list. She hopes the organization will redefine the way men view women and women see themselves. And ultimately, she hopes this organization will instill a belief in young women that it’s okay to be “hot and smart.”

“I agree that men and women like to look at pretty things, I know I do.” Gwynn said. “Appreciating someone, or something, for its attractiveness is one thing — but valuing that attractiveness above everything else is something else entirely. Pretty can’t compensate for everything. Pretty gets boring really fast if there’s no substance behind it.”

And that’s why, Gwynn says, young women especially need to learn it’s okay to be valued for more than beauty, regardless of what society deems as attractive.

“We have to demand to be portrayed in an honest and realistic light, because no one else is demanding it on our behalf,” she says. “It’s up to us to put the truth about young women out there—and the truth is, we’re smart; we’re ambitious; and we’re working for change.”

The Face of Feminism Gets Face Lift

Carlos emailed the “Real Hot 100” organization and said it was time men got a new definition of beauty.

“I like Maxim and read Maxim but it’s time they get with the times,” he wrote. “These women are so airbrushed and so lame. Imagine trying to have a conversation with one of them. Horrible. (“The Real Hot 100″ is) for real women — and they focus on smart, interesting hot women. It’s totally great. We need more lists like theirs. And, frankly, I saw a photo of one of the founders Gwynn Cassidy and she is definitely hotter than any of the women in Maxim… and, oh, she has a brain. Novel concept, huh?”

Of course if you ask most men on the street about feminism, they’ll think of the 1960s and women burning bras. It was an era that promoted radical feminism, led by Gloria Steinem.

Her good looks and witty responses quickly turned her into the media darling’s voice for feminism. And let’s be honest here. All Men will notice a beautiful face, even if her mouth is spilling thoughts he doesn’t believe, or even understand.

Gwynn Cassidy knows this, and she doesn’t even try to downplay that men will look at women, even herself, as objects. But she also wants women to understand that beauty is only one aspect of being hot.

“Young women are engaged in a constant identity struggle to be viewed as the hot, desired girl,” she said. “In a culture that values D-cups over PhDs, it’s critically important that young girls realize that, in the grand scheme of things, ones ability to fill out a bikini means nothing.

“What is important about the Real Hot 100 is that it highlights the work that young women are doing, the ones who don’t have the overwhelming desire to roll around half-naked and play dumb. And, while some of them may look good in a bikini, they know that’s not all they have to offer. The women on the Real Hot 100 list are smart, independent and working to make the world a better place.”

Feminists are Pretty on the Inside and Outside

22-year-old Jill Filipovic is on this year’s Real Hot 100 list. She was nominated for her college campus work at New York University where she was actively involved in a club that promotes a woman’s right to choose. She also wrote a column for the campus newspaper that promotes feminist views. Jill is now studying international law at NYU, and says she wants to focus her career on women’s rights issues after she gets her degree.

And for those men wondering, Jill is gorgeous, with sexy brown eyes and an engaging smile that makes you want to laugh with her inside a steamy Jacuzzi.

But would men buy into her beliefs –or for that matter even listen to Jill—if she wasn’t blessed with great genetics? Is it possible for men to ever value women as more than objects or is the male species wired to admire women as creatures of beauty?

Men and Women are Hard-Wired Differently

“I think there is always going to be a gender gap and it will take a long time to reverse it,” she said. “Until men start wearing high heels and know what it feels like, it’s certainly going to be an uphill battle. There’s nothing to slow women down like high heels.”

But Dr. Luskin says, she likes the idea of the Real Hot 100 list, even though she’s not fond of the descriptive word- Hot. That word in itself, she says, promotes women as sexual objects.

“What they are using to get people’s attention is the word, hot, which is by itself, focusing on sexuality,” she said. “But do I think attitudes can change? Yes. Will it? Until men take equal responsibility, it will be very difficult to bridge the gender gap. Men should be educated that women can be well-rounded human beings, and just because you have brains, doesn’t mean you’re ugly. I like that they say you can be smart and beautiful because what makes a woman smart is not her looks, but the whole picture. But those stereotypes exist for a reason.”

And while Andy Attalienti never majored in Women’s Studies or marched in any National Organization for Women parades, he agrees beauty is something every guy will always value and notice first. And he points out online single websites, like Match.com, as proof. He says no guy will ever look at the bio and what she writes about herself first. All men will look at the picture first, then decide if she’s worth knowing.

“A hot woman by today’s definition is the girl you see in Maxim magazine,” Andy said. “At the end of the day Maxim magazine is selling a fantasy, but in reality, a really hot woman has a strong head on her shoulders. I think in real life, looks are deceiving and they need to have brains behind that too.”

What is a Hot Woman?

And for those women who are reading and wondering, what exactly is “hot” from a guy’s perspective, Andy has some answers and he believes he speaks for most progressive men.

“What’s hot? I think of a hot woman as being confident. She comes across as strong, but not arrogant,” he said. “Also it’s someone who doesn’t feel like she has to prove anything to anyone. She doesn’t have to constantly call attention to herself. They don’t feel like they have to compete with other women or men. They know it’s going to all work out.”

And that view is fine with Gwynn. The fact that men are now admitting they appreciate women for their beauty and brains is a big step forward from where the first feminist movement began. It’s no longer fighting for just equal rights. It’s evolving into an appreciation that extends into the mind.

“I get a fair number of emails from regular guys who say how bored they are with all of the ubiquitous ‘100 sexiest women’ lists out there and how surprised they were by our list,” Gwynn said. “They had never really thought of smart women this way before but, once they see the Real Hot 100, they totally get it.”

And now men are talking about it, which would make even the earliest cavewoman proud. It’s proof that the evolution of feminism is entering a higher enlightenment with men and women raising the questions –equally.

So how has technology impacted dating for women? Did it push the women’s movement back decades? Click here to read one woman’s perspective on why it killed romance.