Famous Celebrity Park Slope Mansion is up for Sale – Again 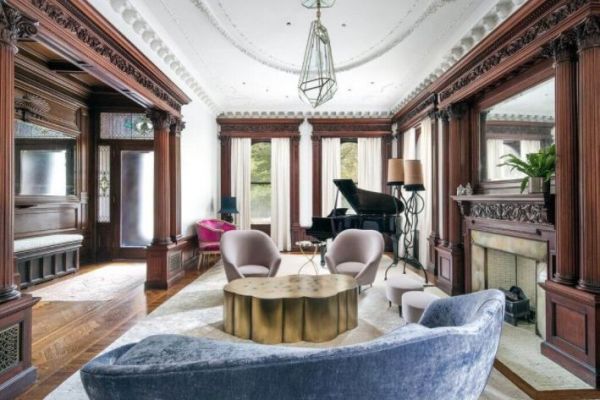 If you walk by  17 Prospect Park West in Park Slope, you will see one of the most beautiful mansions in all of Brooklyn.

The five-story limestone mansion that was built in 1899 really stands out from all other brownstones in the neighborhood. But could it be haunted?

Actress Jennifer Connelly lived here from 2003 to 2008. She told Conan O’Brien in 2009 that it felt a little haunted.

“Frankly, it was a little like Scooby-Doo, creepy, you know, like the haunted mountain mansion,” she said on the Tonight Show.

And now the mansion is on the market again. This time with a new price tag: $12.25 million.

The mansion has changed homes several times since Connelly bought it for $3.7 million in 2003. A Google engineer bought it from Connellly for $8.5 million and made extensive renovations.

The asking price for the mansion has fluctuated, reaching as high as $14.5 million in 2017.

The mansion was designed by the famous architect, Montrose Morris. It’s 25-feet-wide, so larger than the traditional 20-foot wide brownstone.

Inside, it has Corinthian columns and an onyx fireplace. Mahogany paneling and herringbone floors also provide a majestic feel. It also has a dumbwaiter, butler’s pantry with copper countertops and a marble-countered.

The home is being sold by Douglas Eliman. You can see more of the listing by clicking here.