The Virgin Billionaire – The Dream Life as Richard Branson 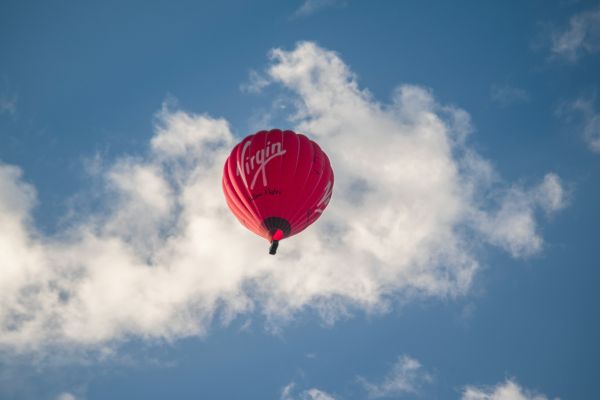 When I grow up, I want to be just like Richard Branson. I don’t care if I’m 30, 50 or 80 years old, I want to live a life flushed with adventure, riches, curiosity and passion just as Branson embodies down to the bone. Admit it. You know I am not alone in this personal adulation.

What other 70-year-old man can pull off sporting long blond hair, a goatee, jeans and sandals to an executive board meeting without looking like a middle-aged man in search of his youth? Richard not only makes it look suave and dapper, his flamboyant style is frequently copied on the fashion runways of Paris and New York.

The Life of Richard Branson

But Branson not only has style. He has substance. Earlier this year, the billionaire entrepreneur invited the founders of Google, Wikipedia, Microsoft, former British Prime Minister Tony Blair and rock legend Bono –among many– to his own private island for a discussion on global warming.

“So, do we really think the world is on fire?” Branson asked as his powerful guests sipped Pinot and other expensive wines underneath the sunny, warm, Caribbean breeze.

The men were among world leaders and corporate tycoons who wanted to solve the current global warming crisis. They were the best of the brightest, brainstorming for solutions of historic proportions. And at the end of the day when they were done pontificating, Branson took the men to another private island for an after-party that was reportedly filled with beautiful women dancing in skimpy bikinis.

“Normally the girls would be naked, but the prime minister is here,” Branson told the New York Times.

When you are listed as the 236th richest man in the world, worth an estimated $4 billion dollars, according to Forbes Magazine, what else can you pursue on Mother Earth? If you’re a restless soul like Branson, -who knows no limits- you decide to explore outer space. That’s what Branson did in 2004 when he announced his global empire, Virgin Group, would fund a space tourism travel company called, Virgin Galactic. The idea was to take adrenaline junkies into suborbital space on board the “Spaceship One.” It was an idea that only a dreamer could imagine or a doer, like Branson, could accomplish.

Ambition and Drive started in Childhood

Branson’s ambition and drive for money and power started in his adolescent years. When most boys his age were playing make-believe, Branson was working on achieving his dreams. He started his first business at the age of 15, selling Christmas trees and budgerigars. Those ideas failed, but Branson didn’t give up. The next year he started a magazine called, Student, which he sold to fellow students at school. The magazine turned a profit and Branson was hooked on the power of money.

The magazine was a gargantuan feat considering Branson was dyslexic, which put him at a disadvantage in the academic world and among his peers. The learning disability made it difficult for him to read, write or spell.

“Since nobody had ever heard of dyslexia, being unable to read, write or spell just meant to the rest of the class and the teachers that you were either stupid or lazy,” Branson recalls. “And at prep school you were beaten for both.”

But today no one is making fun of Branson. He sits on top of a worldwide empire called Virgin Group. The venture capital corporation is involved with businesses ranging from telecommunications to transportation, financial services, music publishing and retail. Products carrying the Virgin name include airlines, cosmetics, cell phones, railways, consumer electronics, even bridal gowns. Virgin Group employs more than 50,000 people in 29 countries, bringing in an estimated $20 billion dollars a year. A recent British survey showed Virgin is the most respected brand in the United Kingdom.

Branson has also created one of the most recognizable brands in the world. And to think it all started in the backseat of a car.

Branson started his first Virgin label with a business that sold “cut-out” records at a discount. He drove to discount retailers in London, selling the music at a cheaper price than the so-called “high-street outlets.” Branson quickly discovered he could make more money by selling these “cut-out” records through a mail-order business. At the time, the industry allowed consumers to listen and handle albums in record booths, but Branson’s records were new and untouched just like a virgin. When Branson began looking for a company name, his friend suggested “Virgin” since his product was pure and clean just like a virgin. Thus an iconic name was born.

Branson is also publicly envied by other successful business tycoons. Entrepreneur Mark Cuban, owner of the Dallas Mavericks and chairman of HDNet, recently wrote in Time Magazine why he also wants to be like Branson.

“I can only imagine that the man falls asleep at night dreaming about what adventure he may undertake next,” Cuban wrote. “Business isn’t what he does for a living. It’s a playground where he can live out every dream and idea as if engaged in a sport, one where winning is creating a business that others thought impossible. I have no doubt that he takes great joy in the ride against the grain of traditional business—and that he feeds as much on the puzzled looks of those who do things because they have always been done that way as he does on the entrepreneurial energy of following through on his visions.”

Cuban summed up Branson’s life by predicting even Branson wants to be himself.

But if he could have his life to do all over again, Sir Richard Branson, who was awarded a Knighthood in 1999 for his contribution to entrepreneurship, said he would give up his British citizenship for a surfboard.

“If I was born again I would be absolutely delighted to be born in Sydney,” Branson said in April to the Daily Telegraph in Sydney. “It is a fun city. I would’ve loved to have been brought up as a kid surfing the beaches. I surfed today and have been surfing Bondi every day since I’ve been here.”

For a man who tried to beat several world speed records, you would assume Branson would want to be a surfer, riding on top of the powerful oceanic waves. In 1985, Branson attempted to cross the Atlantic Ocean in the fastest recorded time. His boat capsized and the British Royal Air Force was forced to rescue him from the deep waters. Most men would give up after tasting the cold sea water, realizing life is more important than pursuing another person’s accomplishment. Not Branson. He tried again the following year and beat the previous record by two hours.

There is much to learn and envy with Branson. He never gives up, is constantly in motion, always thinking of the next big idea. Branson has discovered that life moves quickly and only those who pursue it wholeheartedly get to relish its rewards. Perhaps that is why Branson is constantly staring death in the face.

He’s accomplished everything, every man on earth could only dream. He’s made money, married a beautiful woman, bought homes in exotic locations that span the globe. He’s also realized that life is a vapor that must be inhaled.

“Sometimes I do wake up in the mornings and feel like I’ve just had the most incredible dream. I’ve just dreamt my life,” Branson is famous for saying.

And to think he also got to live it. At least I know I’m not alone in wishing to be like Richard Branson.

So how do billionaires think? Click here to read how to think like a billionaire from the words of George Soros.