Staring Death in the Face – My Uncle’s Funeral Experience 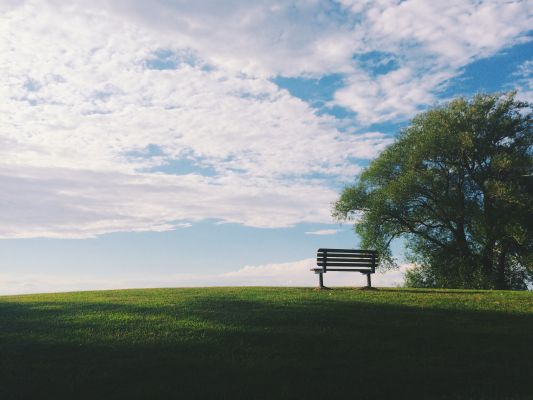 I looked death in the face and survived. Or maybe to be more accurate, death stared me in the face.

I had a death in the family last week. It’s okay, put away the Kleenex. This wasn’t a sad event.

Uncle John was 85 years old so it was more of a ‘woo-hoo’ than a ‘boo-hoo.’ Still, any death makes you think. Aunt Edna trails behind him at 83 and my Dad, who wasn’t well enough to attend, is 81.

As I looked at Uncle John in the coffin, I couldn’t help but reflect on how he was the quintessential New Yorker. He had an apartment in Brooklyn and like most New Yorkers – put career above family. He never got married, saying it would take time away from his career.

Late to my Own Funeral

I was late to the funeral home. Trees lined the canopy covered brick walk. It led to the stairs that descended deep into the funeral home. My uncle was in the last room at the end of the dimly lit hall. As I walked, I rubbed two silver coins together in my pocket.

The usual niceties were exchanged among friends, family and strangers. We shared memories of laughing around the holiday table and joked about how much weight some of us had packed on. We kept the drama in our hip pocket.

People are typically on their best behavior at wakes.

I’ve never seen anyone walk into a funeral home and say, “That miserable SOB owes me twenty bucks. Let me get his watch.” Death somehow wipes the slate clean.

Aunt Edna gave me a hug and asked who I was. Even when I was a child, she never got my name right; but this was different. Cousin Troy introduced us again.

I had lunch with my cousins after the funeral. None of us really thought we’d be in the box anytime soon. We all knew Aunt Edna was next. That was until I was asked: “Craig, what if you’re next?”

Who is Next to Go?

There could be a taxi that hops the curb but outside of that, I think I have another 50 years in me. My Uncle was 85 and I’m only 42, or make that 42 ½. So all objective viewpoints would say I’m walking out of the locker room after halftime. I feel like I’m twenty but Uncle John felt fine a few days earlier.

Have I really accomplished all I thought I would?

I took a mental assessment and discovered I’m about a third of the way through my bucket list.

It’s a realistic list and now that I take a deeper delve, I see this list is mostly materialistic. I didn’t list things like drinking Kopi Luwak coffee with Jesus, Napoleon, and Megan Fox. But I did have things like have $5 million in the bank by 50 and still be able to rock the Italian suit look. And nowhere on my list was ‘find love’ and ‘laugh every day.’

Has my life become the process of accumulating more and more things?

Is that what we really remember about people?

Skip Gladwell died yesterday leaving $1 million and a 3-bedroom condo on the upper east side. He lived fast and died young while driving his BMW with his model girlfriend riding shotgun.

My cousin Jeff asked me a few important questions:

Did I like his ex – was she settle-down material? Did I think she would make a good mother? Did Ted Kennedy’s Chappaquiddick car just have bad alignment?

The movies are littered with stories of traveling back in time to change the past and set things right; although I’m not in a bad place, if given the chance, I might change a thing or two.

If I had only gone to the college that would have paid the bill. What if I could go back and make it alright with a rear view mirror as my guide?

I Miss the Good Ole Days

The good ole days didn’t seem as good back t hen. I remember looking only to the future but now I am in the future, I have one eye on the road already traveled.

In the days before my head was smooth and kissable, I wished life had a fast forward button and now I look for pause or rewind.

I do miss my hair but I remember it being a giant pain in the ass. Lather, rinse, condition, repeat; give me a break.

And the whole funeral experience has me repeating a few questions.

Am I doing what I really want to be doing?

Am I aware that I will someday die?

When I die, will there be any trips left on my subway pass?

The check came and my cousin Mike said it was on Uncle John. Then we raised our glasses: “To Uncle John.”

No one had cash for a tip as no one really uses cash in NYC anymore. I took the two silver coins from my pocket and slid them to the waitress.

When we got up to leave, Katie tossed a full pack of cigarettes on the table and Kevin left his beer behind unfinished.

As we climbed the stairs from the restaurant, the sun was shining for the first time all week. Aunt Edna brushed her hand across my face, then she kissed me on the cheek; arm in arm with Nick, she dissolved into the crowd.

Want to read about my last trip to the doctor’s office? Click here.