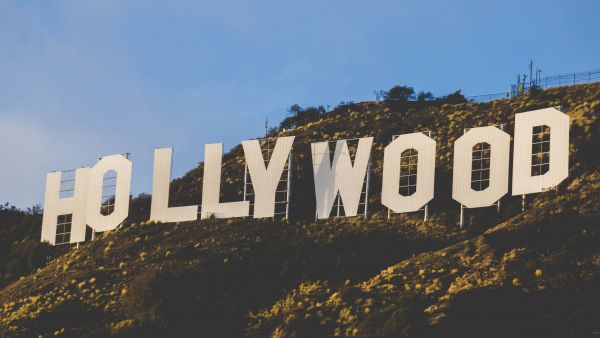 Have you ever tried describing something that isn’t tangible, like charisma? The dictionary doesn’t post any pictures next to the word, but if it did, George Clooney could easily be its poster boy.

Clooney is the man every guy secretly envies and every woman openly loves. We all want to be friends with him because he oozes manliness, charm, wit, intelligence and mystique.

Oh, did we forget he’s also a Hollywood movie star raking in millions of dollars per film, and a guy who says what’s on his mind, regardless of the consequences.

“We are a little bit out of touch in Hollywood every once in a while. I think it’s probably a good thing. We’re the ones who talk about AIDS when it was just being whispered, and we talked about civil rights when it wasn’t really popular. And we, you know, we bring up subjects. This Academy, this group of people gave Hattie McDaniel an Oscar in 1939 when blacks were still sitting in the backs of theaters. I’m proud to be a part of this Academy. Proud to be part of this community, and proud to be out of touch,” he said to a roaring applause.

In less than three minutes, Clooney answered every critic who suggested he was a liberal elitist, out of touch with mainstream American values.

Clooney, in his own mind, was merely ahead of his era, and the world would realize it in time. Of course, like every outspoken man, Clooney has his critics.

When Hollywood and Washington Merge Together

In 2005, Clooney starred in Syriana, a political thriller suggesting that people are merely pawns of politicians and oil barons – an accusation that’s particularly controversial during a US Administration with long-standing ties to Texas oil.

Could the plot possibly be true? Regardless of whether you believe Syriana was propaganda or fact, the movie forced much of America to view oil differently and reminded people of our world’s dependence on oil.

But the sun wasn’t always shining on this 59-year old actor. Born on May 6th, 1961, in Lexington, Kentucky – a Taurus for those who follow horoscopes – George Timothy Clooney originally wanted to be a pro baseball player for the Cincinnati Reds. He tried out for the team, but failed.

After a baseball career didn’t pan out, he moved to Los Angeles in 1982 with nothing more than a dream.

Whether it’s legend or fact, Clooney claims to have slept in a friend’s closet for over a year while he tried to make it as an actor. For ten years, his talent and passion were undiscovered, till he landed the role of Dr. Doug Ross on NBC’s hit television show, ER.

Suddenly, everyone wanted to learn more about who this charming doctor was. ER instantly landed Clooney on the cover of tabloids and entertainment magazines. America couldn’t get enough of him. In 1996, People magazine named him one of the “50 Most Beautiful People in the World,” and the following year, the “Sexiest Man Alive.”

No Mistakes in Life

But in 1999, when the world turned into his oyster, Clooney shocked Hollywood by leaving the wildly popular TV drama for the unknown world of movies.

Many in Hollywood quietly thought it was a mistake. Hundreds of other immensely popular TV stars had traded in small screen roles for the big screen, only to discover the public didn’t like them in movies.

The tabloids made their opinions known: Clooney was throwing away his career. He was only popular because he was on a popular TV show. He’d soon fail, just like other ambitious actors before him. But Clooney was doing it his way, in his time. He was ready for a new challenge, and he’d succeed or fail trying.

The Gamble Paid Off

George Clooney glowed on the big screen and audiences flocked to his movies. Clooney played a stubborn, uneducated sailor in the movie, The Perfect Storm; a manipulative lawyer in Intolerable Cruelty; and a con artist in Oceans 11 and Oceans 12.

Clooney couldn’t be defined by a role. He could be any man for any mood. But it was his role as Fred Friendly in Good Night and Good Luck that had historians, politicians, and media professionals buzzing throughout 2005 and 2006.

Fred Friendly was a pioneer in television journalism. As a producer for CBS News, he worked closely with the legendary anchorman, Ed Murrow.

Together, they shaped history when they took on US Senator Joseph McCarthy. In 1954, Friendly produced a TV documentary that changed America’s view of the rabble-rousing, anti-communist witch-hunter, McCarthy. Just say what you mean, follow your heart and pursue your passions without fear and regret.

That’s the secret of charisma. Regardless of whether you believe Syriana was propaganda or fact, the movie forced much of America to view oil differently and reminded people of our world’s dependence on oil. How life imitates art.

In 2005, Clooney produced a black-and-white film that helped shape a new generation’s view of communism and democracy. When audiences watched Good Night and Good Luck, it felt like they were witnessing history through a time machine.

While Good Night and Good Luck didn’t smash any box-office records, it got intellectuals talking about the media’s responsibility in a democracy. Hollywood rewarded Clooney’s ambitious project this year with an Academy Award nomination for Best Director of the film. He didn’t win, but sometimes you win by losing.

Clooney influenced American voters without ever running for political office. Yet as a middle-aged actor, how much longer will Clooney’s face stay chiseled? His hair is slowly turning gray and if you look closely, you can see the years of life around his eyes.

Even with the thought of his looks fading, Clooney admits he is in no rush to walk down the aisle. The perennial bachelor has vowed that he’s never getting married and doesn’t want kids.

Clooney put his money where his mouth is, by betting Michelle Pfeiffer and Nicole Kidman $10,000 each that he wouldn’t become a father by the age of forty.

When Clooney turned forty, he received a check from both, but in typical Clooney fashion, he returned their checks and bet them double or nothing that he wouldn’t have kids by the time he turned fifty.

Whatever happens in the future, the charismatic actor will do it on his watch. Even if it doesn’t seem right, or if the timing appears wrong, Clooney will tell you the way it is without fear of reprisal. You might not agree with his statements or philosophy, but you can’t help but admire him for speaking from his heart.

Yet Clooney’s life is an easy role to play, regardless of where or how you live. Just say what you mean, follow your heart and pursue your passions without fear and regret. That’s the secret of charisma.

Like everything else in life, Clooney just learned it before the rest of us.