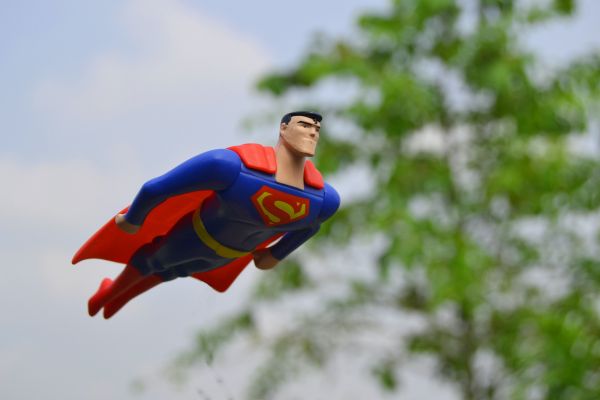 Clark Kent was never a rich man. He may have been Superman, but when it came to his job at the Daily Planet, Clark was really an ordinary guy with a working man’s salary.

As a street reporter, Clark Kent was probably making no more than $45,000 dollars a year, even though living expenses in the large city of Metropolis were much higher. No wonder Lois Lane never wanted to date Clark Kent – he couldn’t even afford to buy her a decent dinner.

But 83 years after Superman was born on paper, the comic hero’s assets are worth an estimated $1 billion dollars. Not bad for a man who was raised on a rural farm. And with so much money and influence at stake, the battle over who owns that empire is about to go to court.

The US courts are expected to hear the case of Siegel vs. Time Warner Inc that will be a high profile lawsuit that even Clark Kent would want to cover. An elderly woman versus the media giant, Time Warner Inc. – whose portfolio includes CNN, AOL, Time and People magazines. And that elderly woman happens to be Joanne Siegel – the real-life model for Lois Lane.

In the early 1930s, Joanne was a teenager, smitten by a creative boy named Jerry Siegel. From his powerful imagination arose the comic hero, Superman, an extraterrestrial superhero who would combat the evils of this world. Jerry envisioned this hero with the letter S splashed across his chest, in a skin-tight costume, with a scarlet cape.

Jerry asked his friend, Joe Shuster, to draw Superman and his evasive love, Lois Lane. Joanne agreed to pose for that sketch in Joe’s apartment, spread herself across a blanket on the floor and imagined Superman carrying her in his muscular arms. She married Jerry thirty years later.

Today, Joanne passed away in 2011, but before she died, she fondly remembered her time in Cleveland, Ohio.

“Jerry and Joe didn’t have much life experience,” she told Portfolio Magazine. “They lived in a dream world. They thought that life was like the movies, and everything would turn out okay in the end.”

It took many years for the dream of Superman to become a reality. Shuster and Siegel took their comic strip to dozens of publishers, but no one was interested in their imaginary superhero. It was shortly after the Depression and few companies had the money to splurge on an anonymous, fictitious character invented by a boy.

Detective Comics (which would later become DC Comics) paid the young duo $130 for their first comic book issue of Superman. But when Siegel and Shuster pushed for profit sharing a few years later, Detective Comics dumped them. In 1968, Siegel gave up on his life with Superman, and quit the comic strip to take a job as a typist. Seven years later, DC Comics agreed to pay Siegel and Shuster $20,000 dollars a year, plus health insurance. After the movie, Superman, grossed $275 million dollars in 1981, DC Comics increased their benefits to a mere $30,000 a year.

Today, Joanne Siegel’s estate gets $135,000 a year plus insurance, having inherited her husband’s benefits after Jerry died in 1996. Her attorney, Marc Toberoff, thinks that’s a pittance, and that the Siegel family deserves a larger share of the Superman empire. Many legal pundits believe Time Warner Inc. has plenty to worry about.

Toberoff has taken on studios before and won. In 2005, he sued Warner Brothers over the release of The Dukes of Hazzard, and won a settlement for $17.5 million dollars, six weeks before it premiered. He also spotted the potential value of the 1970’s TV drama, Fantasy Island, and urged its creator, Gene Levitt, to check his old contract.

When Toberoff studied it, he found that Levitt owned the rights to any future productions involving the theme of Fantasy Island – so if Sony Pictures goes ahead with its movie version, both men could walk away with millions of dollars.

The Wealth of Superman

Toberoff is hoping he can do the same thing for Joanne Siegel and her daughter. He wants them to get half of all Superman profits related to merchandising, future movies and TV shows. Superman is already a worldwide brand that includes TV, DVDs, movies, books, posters, comic strips, toys and other merchandise. If that’s not enough to fight over, Time Warner Inc. is about to start filming a sequel to last year’s blockbuster, Superman Returns.

He plans to argue in court that the Siegel family terminated the grants to the Superman and Superboy copyrights that Siegel gave away in 1938 and 1948, by filing for termination after his death. US copyright law gives creators or their heirs a five-year window to reclaim the rights to the artists’ creations.

Therefore, the Siegel family is entitled to $50 million dollars since 1999, when the copyright was terminated, and also expects the family to get a share of future profits, which industry watchers conservatively estimate as hundreds of millions of dollars.

Toberoff also maintains that the Siegels deserve profits from the TV series Smallville, based on the Superboy copyright that the family also reclaimed.

If the lawsuit against Time Warner Inc. is successful, the heirs of Superman’s co-creator, Joe Shuster, will most likely make their own claims.

The media corporation has hired three law firms to defend its interests, who claim that the Siegel family is overestimating Superman’s worth (despite the company refusing to reveal its earnings from merchandising), and accuse them of reneging on an earlier settlement over the rights to the comic hero.

Another plank in Time Warner’s strategy is to argue that the Superman Jerry Siegel created has evolved over time, thanks to the input of other people. For example, the original Superman didn’t have X-ray vision, but was gifted with it later. And if that doesn’t work, Time Warner may have another fallback – claiming that the legal paperwork for the termination rights may have been filed incorrectly, which could result in the entire lawsuit being invalid.

Whoever wins, children and adults around the planet will be watching the outcome closely. Legal scholars say this lawsuit has the potential to do something that no other human could do. It could kill Superman for good. Superman always knew that his Achilles heel was Kryptonite, but Clark Kent probably never imagined that his life would end over a lawsuit involving the rights to his inheritance.