The Night that took me from Manhattan to Staten Island 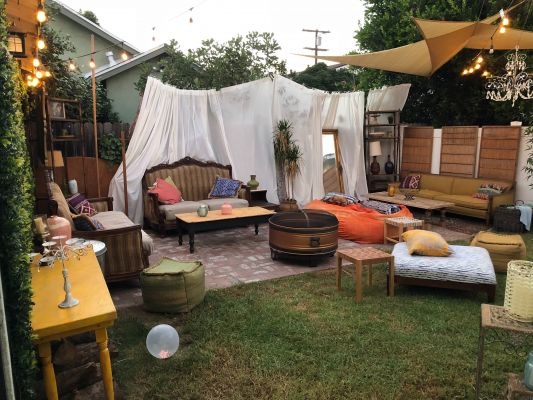 You never know how your night will end in New York City.

I have lived in Switzerland, Mexico, Australia and traveled all over the world, but none of those countries possess the unpredictable spirit of New York City.

My Wednesday night started at happy hour with four other co-workers, but by the time the sun rose the next day, my night involved a limo, frat guys, 3 British girls, 1 American girl, a German guy, two Mexicans, a tent in a stranger’s backyard and the Staten Island ferry. Somewhere in between, I lost my cell phone.

It’s an awkward feeling when you open your eyes in the morning and realize the ceiling above you doesn’t belong to you. It’s even crazier when you wake up and discover you are lying inside a tent next to a guy spooning a girl.

How did I get here?

It smelled like alcohol inside the small tent and I knew it was coming from my pores.

Where is my wallet?

I reached in my back pocket and it was still there, but I didn’t know where I was. I looked around for my cell phone, hoping GPS would save the day.

My cell phone was missing.

I put on my shoes and unzipped the door in the tent. It was bright outside and my head was pounding. My hand landed in wet grass as I crawled out.

As my eyes adjusted to the bright sun, I realized I was in a huge backyard, surrounded by three other tents. A guy was lounging in a chair, sipping a beer, watching me dazed and confused.

“What’s up Mexico?” he said with a grin, like we were old friends.

I tried to remember how I got here.

I remember my coworkers saying goodbye to me at the bar just as I met a German who claimed to know my Dad. The German and I bonded over drinks until I escaped to the bathroom.

On my way out of the bathroom, a guy wearing a funky blazer spilled my entire drink all over me. He offered to buy me another drink.

You never turn down a free drink, so I followed him to the bar and saw 15 other guys wearing his exact same blazer.

“They are my brothers,” he said.

They were frat brothers.

I’m like everyone else. I expect to see frat guys surrounded by hot girls.

When I told them that, they told me to just wait.

Hot girls are on their way.

The frat brothers lived up to the reputation and they invited me to join their party.

It was a girl I met earlier in the week. I liked her, but I also liked these girls. I was confused.

So I increased my odds of hooking up and invited her to join us.

I didn’t know where we were going, but I was in it for the adventure. There was no backing out now.

I blacked-out somewhere along the way and never made it into work the next day. Worse part – I didn’t even call in sick. I just didn’t show up.

My awesome and understanding boss said don’t worry about it. He gave me a lecture on how New York City can consume you if you don’t apply discretion. He seemed to understand what I experienced without saying it. It was almost like he had experienced this page of New York City in his single days.

Then he put me to work.

And now you have it. I can’t wait until the next time we go out for drinks after work.