Social Experiment: Do You Marry for Love or Money and Beauty 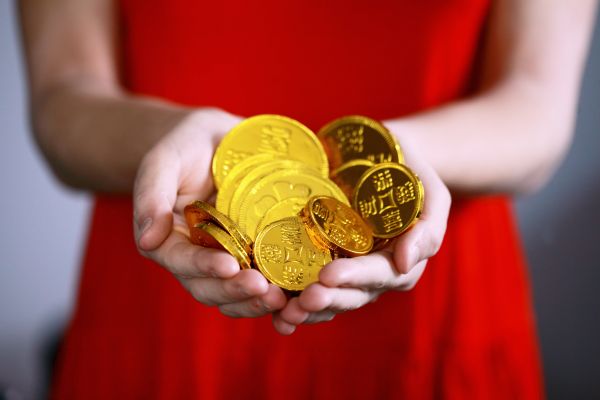 Guys are selfish, it’s no secret, but so are beautiful women. They’re just more discreet about what they admit.

But if you listen closely to what most NYC women say they want in a guy, there are a few consistent traits they want: a man with money.

Some women might couch it by saying they want a man who is “successful” or “established,” but put semantics aside, the descriptions mean the same thing. Women don’t want to end up with a guy who is too poor to pay for dinner.

What Beautiful Women Want in a Man

24-year-old Ana Marijian could pass for a Victoria’s Secret. She’s confident and honest.

When men pass Ana on the streets of Manhattan, they look twice, and Ana loves it. She knows men love her looks, and that’s why she says she won’t settle for just any man.

Like most women, Ana says she wants a man who is successful.

“I want a man who can provide me with the comfort I’m used to. A successful man has nothing to prove to the world, so he’s comfortable in his own skin. They’re protective and caring, and that’s appealing to me as a woman,” Ana said.

Ana says she doesn’t have any difficulty meeting men, especially in Manhattan where statistics show 75 percent of the people living on the island are single.

“In Manhattan, you can truly find what you’re looking for because the pool of eligible bachelors and single, pretty women is endless, more than anywhere else in the world,” Ana said. “The problem is the fast paced life in the city. It takes time to meet a quality man in the city. It is so time consuming to meet good men, and I don’t really have the time.”

So Ana signed up for a dating service, called Pocketchange. But it wasn’t just any ordinary matchmaker. Ana signed up with an elite matchmaking service. The dating service focuses on helping rich men find beautiful women. It also helps women like Ana find a man who can provide them the comfort they feel they deserve.

Average Looking Men Do Not Apply

And unlike the real world where you can always fudge about your income or age, with Pocketchange, nothing is ever believed until proven. The dating service requires proof of income before it will ever introduce you to these beautiful women.

Men must present copies of their federal income tax statements, and an asset management letter that details their financial portfolio.

And don’t worry. This dating service is an equal-opportunity discriminator. Women are scrutinized just like men before they are accepted, but instead of assets getting examined, a woman’s face and body are assessed. There is no science to this format. Instead, a couple of people look over the woman’s picture and decide if she is worthy of meeting a rich man.

Jeremy Abelson started Pocketchange with a simple vision and $10 thousand dollars in seed money. He says he quickly turned the elite dating service into an international curiosity among the media.

“We’ve become one of the hottest stories in the country,” he said. “We’re not really reinventing the wheel. We try to tap into the most highly desired dating population. We’re just focusing on the elitists.”

“What’s one of the first things a woman asks about a guy? What does he do for a living? And what’s one of the first questions a guy will ask his friend after a date? Is she hot or did you get laid? Men are physical and visible,” Abelson says. “We’re not telling people things they don’t know. For us, this is a way that we can give back to our wealthy and successful subscribers. We simplified dating, and this is our gift. I don’t think we’re filling a void, because this happens all the time.”

But Abelson admits, his dating idea has taken some blunt criticism from both women and men.

A Social Experiment in Sociology and Love

“This also taps into our primary insecurities in the modern day,” he said. “Walk into any social scenario, and you’ll see every woman will size herself up based on looks. Are my thighs that big? Am I that skinny? And it’s the same for guys. When they walk into a room, he thinks, what does he do? How much money does he make? This is really the primary source of people’s insecurities.”

Ana says she doesn’t mind that some men might view her solely as a trophy object. She says she understands that men are driven by physical beauty, while women love with their ears.

“Men are visual. We love to be told we are beautiful,” Ana says. “I think a man’s status and a man’s wealth is judged by the woman who is by his side, not only by her looks, but also by her behavior. It’s important for a man who has achieved a certain level of success to surround himself by beautiful things: nice clothes, an expensive car. He wants beautiful things, and a woman is no different. He wants a beautiful woman by his side.”

Click here to read the latest research on how how promiscuity influences our happiness.