A Look Into Brooklyn’s Most Expensive Brownstones and Townhouses 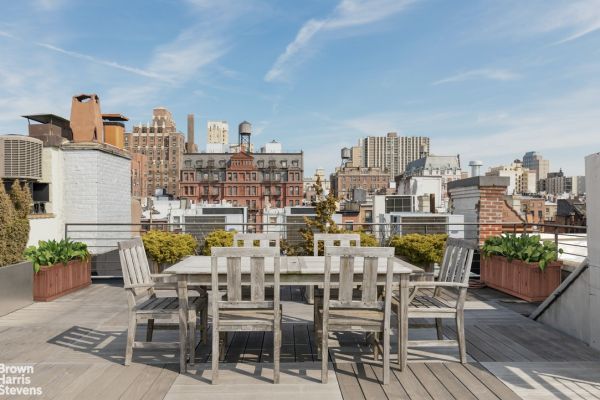 You might not be able to afford Brooklyn’s most expensive brownstone, but that doesn’t mean you still can’t go inside.

Regardless of whether you’re a prospective home buyer or just someone curious how the ultra wealthy live, here are five brownstones that will make you want to work harder for that next pay raise.

Brownstone from the 1870s

In January, 8 Montague Terrace became the most expensive piece of real estate in Brooklyn, sold for $25.5 million to a mystery buyer. The previous record was for $20.3 million, set in April with the sale of a penthouse condo facing the river in Brooklyn Bridge Park’s Quay Tower.

8 Montague Terrace dates back to the 1870s, where the Waterman family owned it before converting it into eight apartments. Vincent and Theresa Viola turned it into a one-family home in 2007 after buying it for $8 million. Fourteen years and a renovated porch later, the pair will vacate, leaving the property to a limited partnership only known as M8T.

Dating back to 1899, this mansion across from Prospect Park has endured as one of the most beautiful properties in the neighborhood. Formerly owned by the celebrity couple of Paul Bettany and Jennifer Connelly, it came back on the market in 2017 with a price tag of $14.5 million — which would have made it, at the time, the most expensive property sold in the entirety of Brooklyn. Previously, it had sold for just $12.4 million, enough to make it the most expensive property in Park Slope.

The seven bedroom mansion has retained most of its original features despite recent renovations, including mahogany floors, stained glass ceilings and its two balconies. I don’t know about you, but I’d give up my left foot to live here.

Nestled between Hicks and Henry streets in the middle of Brooklyn Heights, 88 Remsen is a blast from the past — with inlaid marquetry floors, fireplace mantles, crown moldings and even a carriage house garage kept through several renovations. Priced at $15 million, the restored Brownstone is not only a glimpse into Brooklyn’s history but a look into its future.

This two-family house, with five stories and eight bedrooms, has a great view of the surrounding Brownstones and the Brooklyn waterfront, as well as several balconies and a roof. Inside, the kitchen and parlor have a distinctly modern feel, a contrast to its restored facade. If only I could afford this Brownstone…

The agents in charge of selling this six-bedroom, four-floor townhouse in the heart of Brooklyn Heights want $14.5 million. , I’m not surprised at all.

Recently renovated by the Brooklyn Home Company, the Brownstone pays homage to its 1845 Greek Revival roots and its new purpose as a single-family home through a careful preservation of its century-old characteristics and a new arrangement of modern furniture. Add a spot on one of Brooklyn’s nicest streets, and now you can understand its considerable cost.

Don’t let the $25 million price tag scare you. 2 2nd Place is a majesty — a four story townhouse with a three car garage, a sizable front and back yard and 14 foot ceilings. A corner location in the middle of Carroll Gardens makes a complete package, and I’m stuck wishing I could live here.

Built in 1900, this home was just recently put on the market, according to Zillow. Check it out, even if you’re probably never going to be able to afford it. Nobody’s judging if you’d like to pretend, even for a little, that you can live there one day.