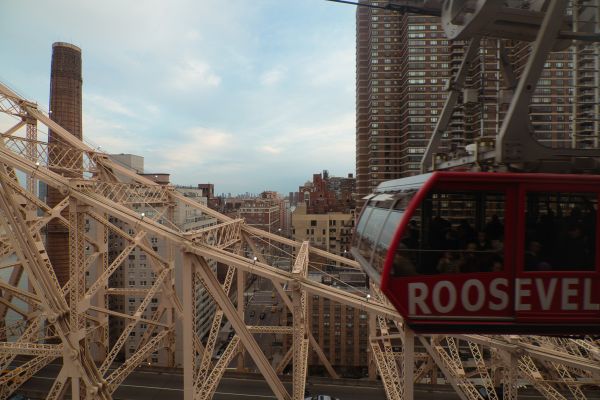 We’re all watching more streaming content during COVID and chances are, you’ve seen NYC or Brooklyn somewhere in those movies.

New York City is a walking film set, but in our rush to live, most New Yorkers don’t even realize when they’re passing by a street or building that was immortalized in a movie.

From Katz Deli in the Lower East Side to Café Lalo in the Upper West Side, and thousands of places in between, New York City has been the main character in so many movies.

Here’s a list of famous movie locations from around the City, so next time you’re passing by it, you can tell your friends why this place is special.

Café Lalo in the Upper West Side

You’ve Got Mail was filmed inside this small 83rd Street coffee shop and not much has changed since the movie was filmed in 1998. Walk inside and order a cappuccino and you just might feel the nervous energy that Meg Ryan felt as she waited for Tom Hanks to enter.

If you’re trying online dating, this could be a great place for that first date. It gives you plenty to talk about, especially since online dating was essentially invented with this movie. You can see the clip below so you have more fodder for your conversation over coffee.

Katz Deli in the Lower East Side

Meg Ryan turned an ordinary deli sandwich into an extraordinary experience in the movie, When Harry Met Sally. The scene became famous around the world and even spoofed in future movies, sitcoms and commercials after Meg Ryan revealed how easy it is for women to fake it. You can see the clip below and order what she did on Ludlow and Houston.

Central Park is always a favorite spot for romance movies. The first movie ever filmed in Central park was Romeo & Juliet in 1908. Serendipity helped make Wollman Rink famous after John Cusack and Kate Beckensale met and fell in love in the rink. It was snowing on that day, which makes this rink that much more romantic in the winter. You can see the ending to the romantic movie below.

Every woman falls in love with Tiffany & Co. Walk inside the jewelry story and you will know why. Tiffany & Co is a timeless, romantic, fantasy for every woman. Of course, Audrey Hepburn made the place  looking through the window at Tiffany with a croissant in her hand. The building becomes even more iconic after you watch the video scene below and compare the past to the present.

In Sex and the City 2 Carrie thinks that New York Library is the classic New York landmark that housed all the great love stories and they decide to have their altar but Mr Big can’t get out of the car.

Another example is from Ghostbusters. The movie begins with a shot of the marble lion outside the New York Public Library. And Spider-Man 2002 Uncle Ben is killed outside of the library while he was waiting to pick Peter up.

Times Square is one the famous location in the world. It became even more famous in 2001 with Vanilla Sky after Tom Cruise ran through the deserted Times Square. Movie buffs all wondered how they were able to shut down Times Square in the middle of the day.

Times Square will never be empty again but walking through it, you can’t help but wonder what a scene it was to film, shutting down the intersection to the world.