New Research: Dolphins have the personality traits of New Yorkers 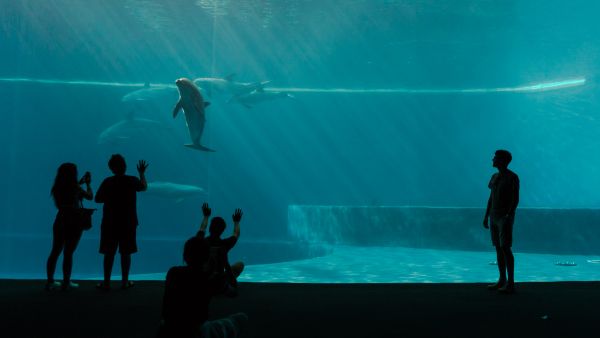 A new study in the Journal of Comparative Psychology has found that dolphins are a lot like New Yorkers with their personality traits, curiosity and sociability.

We’re still not sure what the takeaway from the study is, but it’s interesting that someone is actually paying to research dolphins to see if we’re like them. And they’ve been funding this research for a long time.

The study first began in 2002 when researchers began looking at certain personality traits developed independent of their environments. The research quickly discovered similarities between dolphins despite them living in a different environment.

Dr Blake Morton, who led the research, said dolphins are a great animal to study because they are intelligent and social. Plus, no one had ever studied them from this perspective. (Geez, I wonder why).

Morton said his research looked for 5 human traits in dolphins that are present with all humans, and New Yorkers. He said they observed these similar traits: openness, conscientiousness, extraversion, agreeableness and neuroticism.

“We reasoned that if factors such as intelligence and gregariousness contribute to personality, then dolphins should have similar personality traits to primates,” Morton said in an article to the Guardian. “I don’t want people to misinterpret that and say humans and dolphins have the same personality traits – they don’t. It’s just that some of them are similar.”

So what are the conclusions that are safe to make from the research? Dolphins are neurotic and moody? Science should be redirecting more of that money to COVID?

If you’re looking for a little more substance on human psychology, check out this article on how to win an argument with a New Yorker, or any dolphin. It’s actually something you can apply in life.