What a Man’s Wallet Reveals About Him 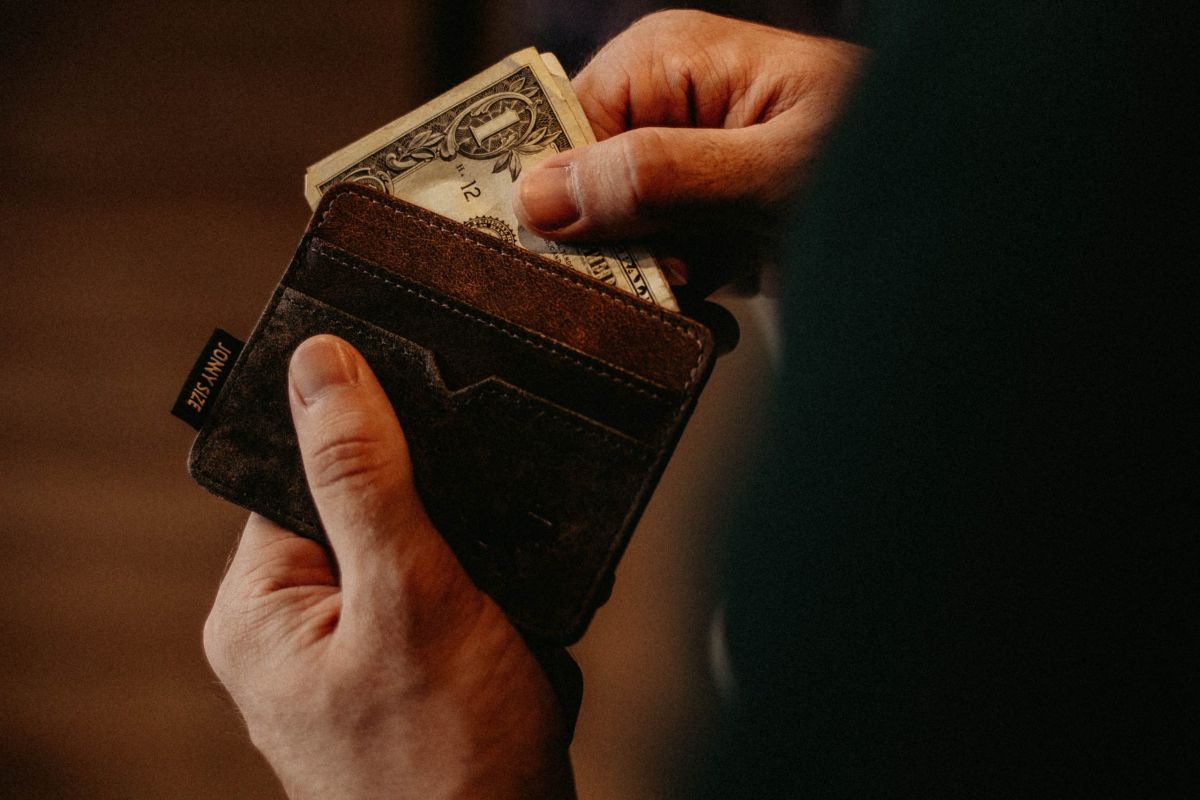 Every woman notices a good-looking guy. His eyes, smile, hair and posture reveal public stories about his personality. But for the woman who wants to go deeper, she will get more insight by looking to see what a man has in his pocket.

A wallet is one of the first things every woman notices in a man whether she realizes it or not. The wallet gives us clues into how a man spends his money, what he thinks of it, how comfortable he feels in his own clothes.

The style of wallet (leather, bi-fold, velcro, even a money clip), gives us clues that help us determine whether a guy is messy, organized, pompous, cheap, irresponsible and so on.

Just like a handbag or purse gives insight into a woman’s personality, the wallet takes us into the male psyche. It is afterall, the equivalent of a male handbag.

Remember that George Costanza episode on Seinfeld where he opened up his bulging wallet and showed Jerry a bi-fold bigger than a burger? That episode resonated with viewers because it was so true.

When He Has No Wallet

This is a major red flag. No wallet tells us you are irresponsible and have no money. Sure, not every woman wants a guy with money, but we do want someone who is at least responsible. It doesn’t look professional, hip or cool to see a guy fumbling through his pockets, looking for a credit card or cash. If you’re trying to get a girl who wants any form of possession (and that includes something as small as a meal), go out and buy yourself a wallet tonight.

When a Man Carries a Money Clip

You are a showoff. Is there a reason all your hundreds and fifties need to be taken out at once? It looks like your bringing out your life savings. Maybe your desire to show off is because you’re lacking somewhere else. Most women love money, especially a man with it, but a money clip makes you look like a pompous asshole. Lose it ASAP.

When a Man Has a Velcro Wallet

You look like a teenage boy who carries around a wallet with no money in it. Maybe you do spend the summers on Long Beach with a surfboard, but there’s no reason why you need a wet-proof wallet at night. This kind of wallet makes me question your social skills as well because the Velcro wallet is so passé.

When a Man Has a Single-Ford Wallet:

Everything in this wallet has its certain place, from your cash to your credit cards. You are financially dependent and appear to have structure in your life. You are not only financially stable but organized and neat as well. This shows us that you can take care of yourself as well as the woman in your life.

When a Man Has a Bulging Wallet

Did George Costanza get the girl? Nope, and I suspect his wallet played a role in that. The bulging wallet suggests to women that you are a hoarder or pack rat. Plus, it’s not attractive to see a wallet bulging out of a man’s pocket. Do yourself a favor and go throw out the receipts from five years ago. Not only do you look like a slob who’s afraid to throw things away, you look like you’re living in the past. No woman in the world wants to be with a man who dwells on what his life used to be — it’s all about where you’re going.

When a Man Has a Card Holder Wallet

This is the efficient man. Any guy who can cram credit cards, license and business cards into a wallet of this size has to be efficient. He’s also probably comfortable in his own skin because he doesn’t feel the need to impress women with his material wealth or credit score.

The next time you pull out your wallet to grab the check, take a minute to see where the woman’s eyes go. I bet they gravitate towards your wallet. And don’t assume she’s wondering if you are paying. She’s probably looking at that wallet, trying to get a little more insight into the man holding it.

4 comments on “What a Man’s Wallet Reveals About Him”